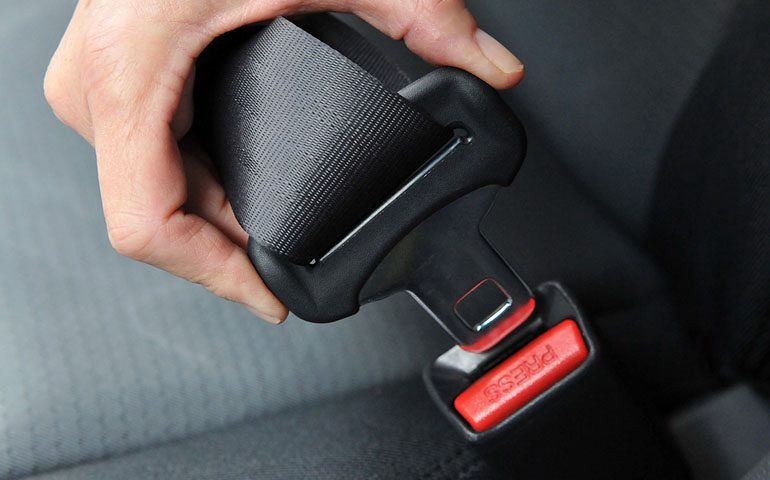 A grandad putting his grandchildren at risk, a man banned from keeping animals and a driver who started a dangerous pursuit – just some of the drivers flouting seatbelt laws recently.

The trio were amongst the 89 drivers who were stopped as part of the national seatbelt campaign which ran from May 31 to June 13, supported by officers from the Cleveland and Durham Specialist Operations Unit.

The grandad was one of three people issued fixed penalty notices for not making sure children in their vehicles were not suitably restrained wearing the appropriate seatbelts.

In his case it was worried members of the public who reported their concerns through the force’s Keep in the Know service after regularly witnessing the man driving them to school without proper car seats which are vital in case of a crash.

Another man was also found to be in breach of an RSPCA disqualification order when he was stopped whilst one driver decided to start a pursuit when officers asked him to pull over for not wearing his seatbelt. He was later arrested for dangerous driving.

Reflecting on the results, strategic Inspector Dave Williams, from Cleveland and Durham Specialist Operations Unit, said: “Thankfully no one was injured as a result of these drivers’ behaviour but it could have been a whole different story, especially where children are involved.

“In a crash you would be twice as likely to die without wearing a seatbelt and not doing so not only puts you at risk, but your passengers and other road users as well.

“All too often our roads policing officer’s deal with collisions where seatbelts have not been worn, and they have to deliver the horrendous news to a family that their loved one has been killed.

“The fact that their life may have been saved had they been wearing a seatbelt causes further heartbreak.

“The results of this campaign further prove that people are still putting their lives in danger, more than 30 years after seatbelts were made a legal requirement. This is not acceptable and we will continue to educate and enforce, where necessary, to save as many lives as we can.

“Please take that extra 30 seconds to put your seatbelt on. It could save your life.”

Legislation states that drivers are responsible for ensuring that suitable safety restraints are worn by all passengers under 14 years old.

Passengers over 14 years old are responsible for wearing their own seatbelt and can therefore face prosecution.

Children must use an appropriate child car restraint for their weight until they are 135cm tall, or their 12th birthday, whichever is first.