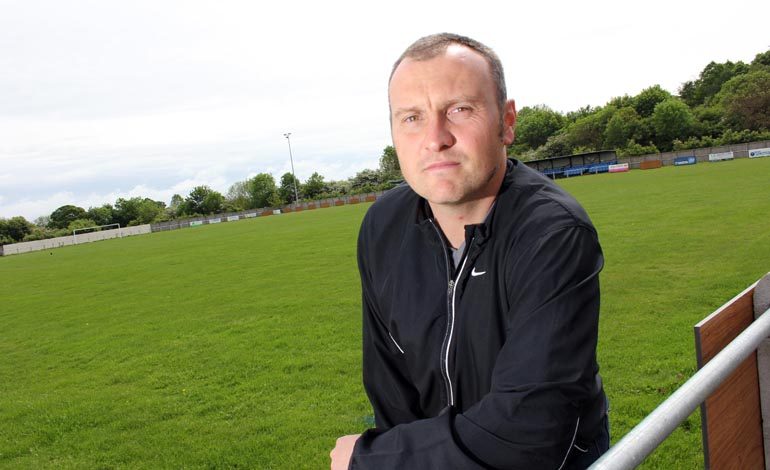 Newton Aycliffe joint manager Dan Mellanby says he feels optimistic ahead of the new season, which kicks off with an FA Cup tie at home to Chester-le-Street on Saturday.

He and fellow boss Deano Browne have signed six new players over the summer after they steered the club to a comfortable ninth-place finish in the Northern League last season.

The management duo have also started to work more closely with both of the town’s youth football teams – Newton Aycliffe Youth FC and Aycliffe Juniors FC – in a bid to forge stronger ties with the local community.

Meanwhile the senior team’s pre-season preparations ended with a 2-0 win over Hemsworth Miners Welfare last week to round off what Mellanby says has been a positive summer.

“We’re really looking forward to it,” Mellanby told Aycliffe Today. “We did OK last season and a lot of hard work has been put in over the summer, on and off the field.

“So we’re hoping to get off to a great start. We expect nothing less than a really tough game from Chester-le-Street, but we’re hoping to see a lot of support from the town and hopefully it can be a good season for us with a couple of decent cup runs.”

Newtonian Sean Tarling is expected to make his second debut for the club against Chester-le-Street on Saturday after re-joining Aycliffe this summer.

He’s joined another ex-player, centre-back Grant Hickman, back at Moore Lane as well as exciting Billingham Town striker Craig Hutchinson, who scored more than 50 goals for Town in the second division last season.

“We’re delighted with the players we’ve managed to bring in and Allan (Oliver, chairman) has done a fantastic job in helping to do that,” added Mellanby.

“We lost some players and we were disappointed to see Jamie Owens and Ben Wood leave over the summer, but we wish them both well for the future.

“But we’re happy with how things have gone, we’ve brought in some younger lads who are developing well and we probably have more homegrown players in the squad now than we have for a long time, which is great to see.”

Mellanby has always been a big believer in nurturing and keeping hold of hometown players, after seeing many leave the town to play at the same level.

He and Browne have been holding coaching workshops with the town’s youth teams and the club are organising Matchday Experiences for young people – all part of the bigger plan to get the community more involved.

Mellanby said: “It’s something we identified early on when we took over last season, and it’s something both Deano and I are passionate about.

“Making our younger players on the town feel more involved in the club is a no-brainer, and we’ve had some really positive meetings with the chairmen of both youth clubs, so we’re looking to develop that going forward.

“But we also have plans to create a reserve team, maybe at Durham Alliance League level, so that we have more of a youth development structure in place.

“Players aged 18 and 19 will go elsewhere if they’re not getting a look-in with the senior team, and we want to keep them here because we’ve seen too many go off the town and develop into good players for other teams.

“There’s no reason why we shouldn’t be keeping them and we’re working hard to build that bridge from the youth level to the senior team.”

Aycliffe’s FA Cup tie with Chester-le-Street kicks off at 3pm – admission is £6 adults, £4 concessions – with the winners going to either Albion Sports or Nelson in the preliminary round on Saturday August 19.