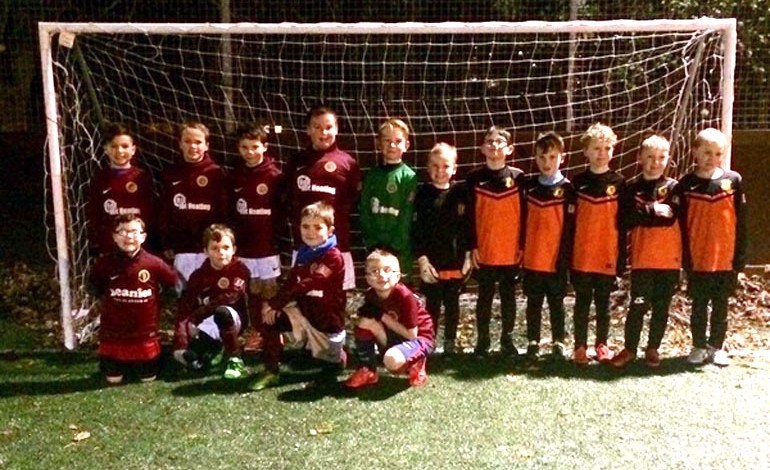 The Aycliffe Juniors football season marched on with three fixtures at the weekend, despite the bad weather.

The Under 7’s faced a determined Primrose Hill, these sides having had a recent close game in the cup. Aycliffe dominated the game on this occasion and played some excellent attacking football. Kai, Harry and Isaac shared the goals in an 8-3 win. The second game was a different story as Primrose Hill got an early goal and Aycliffe could not find an equaliser, a second was conceded on the break and this game was won by Primrose Hill 2-0.

The Under 10 Russell Foster team faced Washington Lions on Saturday and found themselves a goal down despite being on top in the first half. The second half saw the lads continuing their great effort and they applied pressure at every opportunity. This was rewarded with an equaliser from a Taylor header. Evan then rattled the bar with a well struck volley. The winner came after several chances with Ted, Taylor, Isaac and Noah going close before Matty hit a goal bound shot and Bo ensured it crossed the line for a 2-1 win.

The Under 9’s, 11’s and 12’s had games called off and the Under 10 TJFA side and 14’s did not have scheduled games so it was just the older teams potentially involved in action on Sunday afternoon. However the Under 18 Reds and Under 23’s were both prepared for their respective games when they were called off at the last minute.