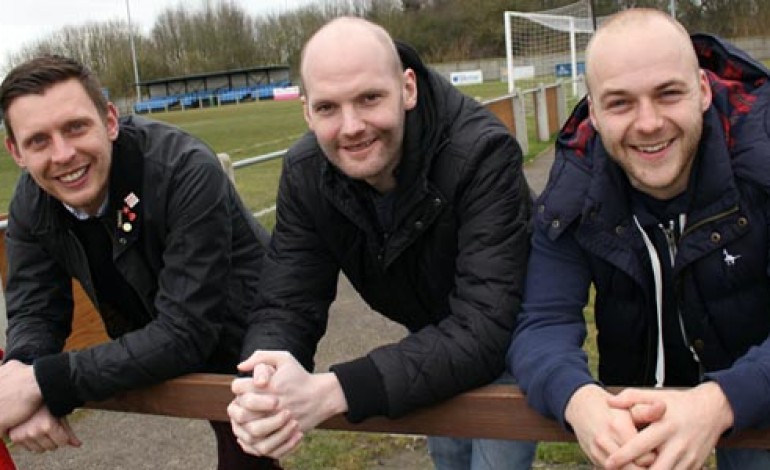 In a specially arranged meeting, Close and Tarling spent three hours deliberating who they wanted to represent them in the Moore Lane Park showdown.

The game is raising money for former Newtonians’ committee man Paul McGeary’s chosen charity Leukaemia & Lymphoma Research, with admission at the gate on Saturday by donation.

Paul was struck down with Leukaemia in November last year, but is thankfully making a full recovery, raising a phenomenal £8000 along the way.

Sean, who captained Allan Oliver’s side to the second division title in 2011, won the all important toss and opted for current Newtonian Dan Mitton as his Assistant Manager, meaning John will be joined in the dugout by another former skipper, Darren Craddock.

Among the picks for #TeamTarls are former football league stars Dan Mellanby and Jeff Smith, while recent County Cup winning captain Stuart Owen will anchor the side.

Tarling said, “I’ve gone for the lads in that dressing room who can stir the craic up. The likes of Danny (Mellanby), Stuey (Owen), Baz (Poskett) and Will (Swinburne) will be mustard in there.

“With the experience of (Ray) Stanger, Jeff (Smith) and Shots (John Shotton) I think I’ve got the edge on the day. It should be a cracking occasion.”

Close added, “I’m relying heavily on Wazza (Byrne) and Dale (Jardine) to get the goals, but I’ve got pace throughout with the likes of (Anth) Campbell, Chase (McMullen) and Broomy (Paul Broom).

“Kieran (Megran) and Woody (Mark Wood) will graft all day for me and in Stevie Richardson I’ve got a top, top ‘keeper who’s just won the County Cup with the Big Club.”

The game kicks off at 12.30pm at Moore Lane Park this coming Saturday, May 2nd and donation buckets will be in operation throughout the 90 minutes, which will be officiated by former club Chairman, Gary Farley.

The match has been sponsored by Aycliffe firm AC Door Systems (www.acdoorsystems.com), with Managing Director Adam Cayless kindly purchasing charity t-shirts for each player who takes part on the day.

Those who cannot make the game but wish to donate to the occasion can do through the secure online link www.justgiving.com/Paul-McGeary2