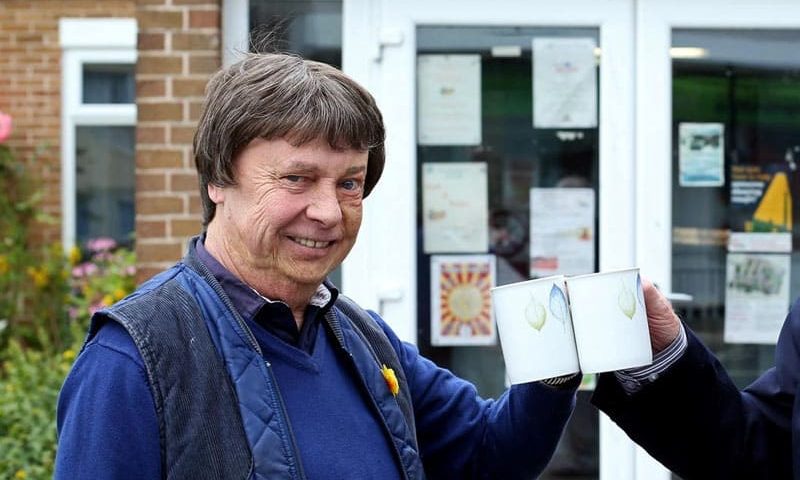 Bill Blenkinsopp has ended his 30-plus year political career after deciding not to run in the 2021 local elections.

The Independent councillor for Aycliffe Village decided not to stand again this year in the Great Aycliffe Town Council elections, being held across the town next Thursday (May 6), for health reasons.

But the man who has often courted controversary with his outspoken views over the years looks back on his lengthy spell as a public servant with great pride.

Mr Blenkinsopp told Aycliffe Today: “Aycliffe has changed a lot over the years, and for the better – but it’s not all down to me!

“The town has grown such a lot in the last 30 years it’s almost unrecognisable to what it was more than 30 years ago.

“But it’s always been a fantastic place to live.”

Bill has spent most of his career as an Independent despite going into politics as a Labour man and had spells as a county councillor and a Sedgefield Borough councillor as well as representing Aycliffe Village at the town’s chamber.

“I even joined the Lib Dems once,” he said. “For about six weeks!

“But I think we have a forward-thinking town council now. It’s still Labour-led, but I think they’re more open to the views of council members from other parties these days.

“They’re a good bunch of councillors and the majority of them have their hearts in the right place.”

Bill – who enjoyed an early career as a promising jockey before a horrific car accident in 1967 ended his dreams, aged just 18 – says he has thoroughly enjoyed his time as a councillor.

“I’d like to think I did a decent job – I always tried to fight for Aycliffe Village and what was right for local people,” he said.

“I’ve always taken great pride in the town. Being a councillor was a passion, it was never a job and at town council level, nobody gets paid, we all do it for our love of the town.

“My proudest moment would have to be when I was chairman of the town’s 60th anniversary committee. Andrew Bailey (town clerk) and I spent a lot of time searching the town for old signs and pieces of memorabilia that we could display as part of the town’s celebrations.”

“I’m in a wheelchair now and I just wouldn’t be able to do the job properly and do it justice, so it was time to step aside.”