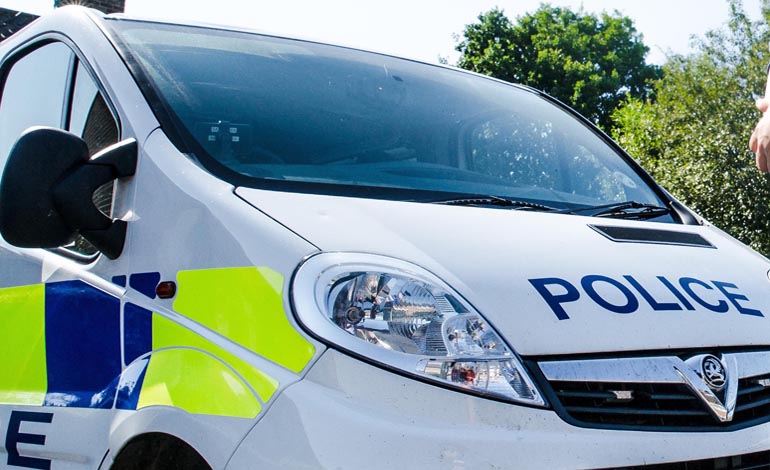 Three suspects targeted an address in Mickleton in the early hours and took a quadbike and scrambler bike from an outside shed.

The residents awoke during the incident and called the police who descended on the area and with the help of the police helicopter, traced the Ford Mondeo Estate getaway car which had crashed into a wall between Romaldkirk and Egglestone Bridge.

An 28-year-old man – who made off from the scene – was caught by officers hiding behind a wall. He remains in Darlington custody today.

The quadbike and scrambler have been recovered and are being examined by CSI officers as part of the ongoing investigation.

A witness also reported a Land Rover Defender nearby at the time of the incident which officers later identified as stolen from a farm in Lunedale and believe it to be connected to the incident.

It is thought the Land Rover headed out of Eggleston via Folly Top and officers are asking anyone with CCTV covering that area between midnight and 2am to get in touch.

Inspector Ed Turner said: “This was a swift response by officers thanks to the report from the owners who will now have their bikes returned.

“We are seeing a rise in vehicle burglaries in isolated areas of the force due to the demand for second-hand vehicles.

“I would urge all residents to double check security measures at their premises and to get in touch if they would like any help and advice especially around trackers and the Dot Peen service which acts as a good deterrent against thieves – help us to help you.”

If you have any information that could help officers investigating the incident, call 101 quoting incident reference number 19 of October 26.

For more information on how you can secure your vehicles and premises visit Crime Prevention (durham.police.uk) or contact your local neighbourhood team. You can find their contacts here: Local Police Stations (durham.police.uk).