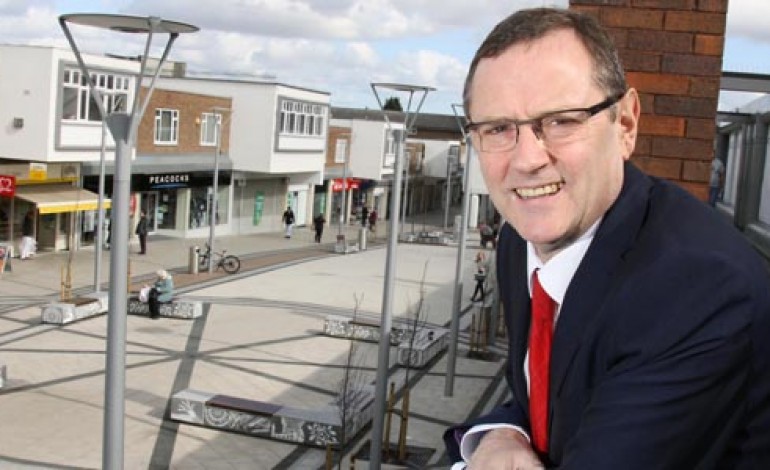 MP Phil Wilson has welcomed the announcement of plans to invest £10m at the struggling Durham Tees Valley Airport.

Airport owners the Peel Group says it’s pledging £5m to begin opening up the potential for attracting jobs and investment on land south of the runway.

A further £5m has also been earmarked, subject to the satisfactory completion of due diligence scrutiny, through the Government’s Local Growth Fund, overseen by the Local Enterprise Partnership Tees Valley Unlimited.

The plans, which are being submitted to Stockton and Darlington councils, include the construction of a new 1.8 km link road between the north and south sides of the airport together with a large building forming the first phase of the Southside Business Park.

Labour MP Mr Wilson, whose Sedgefield constituency takes in the airport, added: “We have the region’s biggest business park in Newton Aycliffe so Durham Tees Valley Airport is hugely important to us, and this investment is great news.

“There’s still a long way to go, but it proves what I’ve always said, that Peel is committed to the airport.

“It’s obviously going through some difficulties at the moment, but the aviation industry generally is experiencing problems, Durham Tees Valley isn’t unique to this.

“The airport is important to the area and hopefully, with this planned investment, we’ll start to see commercial flights return very soon.”

As part of the plans, the Southside Business Park will become known as Aero Centre Tees Valley, offering a range of property opportunities from which industrial, warehousing and logistics businesses will be encouraged to invest.

It has the potential to create 3,000 jobs as well as well as contributing over £11m a year to the local economy.

DTVA chair Robert Hough said: “This announcement reflects the strategy set out in the Master Plan to maximise the potential of the whole airport site in order to help secure air services for the future and to make Durham Tees Valley a major hub for business and general aviation.

“The new road is vital to opening the Southside as a whole, including the development of new aviation-related activities on land adjacent to the runway.”

TVU managing director Stephen Catchpole added: “This application is a sign of the commitment of Peel to deliver the vision it set out in the airport Master Plan of using the potential of the whole airport site to develop the wider revenue streams which can ensure the airport is a viable business able to secure – and hopefully expand in the future, the air service which are so important to the area’s economic wellbeing.”