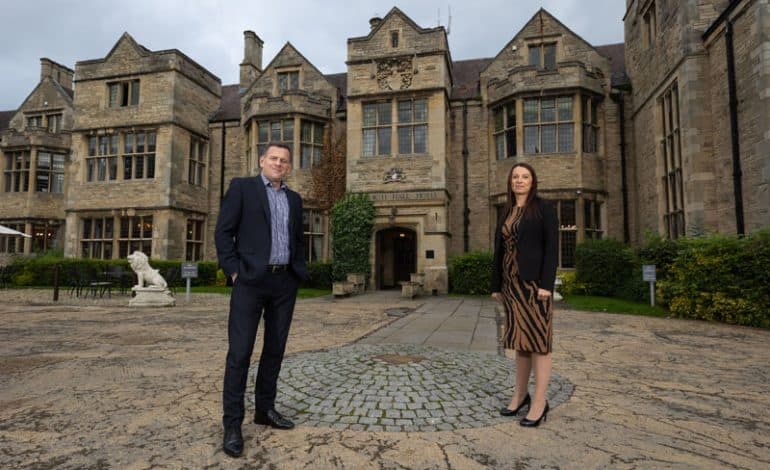 A historic hall will host a popular business awards event after a three-year hiatus.

Aycliffe Business Park’s Make Your Mark awards are scheduled to return in May next year.

And for its first time, the awards event will be held in the 17th Century, listed Redworth Hall Hotel, on the outskirts of Aycliffe.

Organisers are now seeking sponsors for the event, which was a hugely popular annual occasion after its initial launch in 2014.

Tekmar Energy, Finley Structures, PWS and Stiller Warehousing and Distribution were Company of the Year winners in previous Make Your Mark awards.

Now organisers Aycliffe Business Park Community (ABPC) are on the look-out for more winners in several different categories as they relaunch the awards with a black-tie ceremony on Friday, May 20, 2022.

Martin Walker, business development manager for ABPC, said: “We originally launched the Make Your Mark Awards in 2014, when Tekmar Energy was crowned the inaugural Aycliffe Company of the Year.

“Since then, we’ve seen Finley Structures, PWS and Stiller Warehousing and Distribution pick up the major awards, as well as several big names and smaller businesses recognised with well-deserved awards over the years.

“After the last 18 months, we can’t wait to get back with a bang and celebrate all of the amazing companies, large and small, on Aycliffe Business Park with this prestigious event.

“And we’re delighted to be partnering with Redworth Hall for the relaunch of Make Your Mark, which will provide a stunning backdrop for the awards and hopefully help to create a memorable occasion.”

Redworth Hall director of sales Teresa Nicholas said: “We’re delighted to be chosen to host such an important event.

“As all businesses recover from the effects of the pandemic, it’s the perfect time to return to celebrating success and networking with other businesses. We’re excited for a sell-out event!”.

Several categories will be open for Aycliffe businesses to enter in the 2022 Make Your Mark awards, including Company of the Year, Small Business, Manufacturing & Engineering, Best Newcomer and Apprentice of the Year, among others.

Category sponsorships are now available, with a package that includes pre-event publicity, event branding, a chance to be involved in the judging process and to present an award, plus a table of 10 for the awards cedremony, including a reception drink, three-course meal and table wine.

Any businesses interested in sponsoring the Make Your Mark awards, or would like more details, can either call Martin Walker on 01325 728024 or email [email protected]

Alternatively you can download a media pack by clicking here.