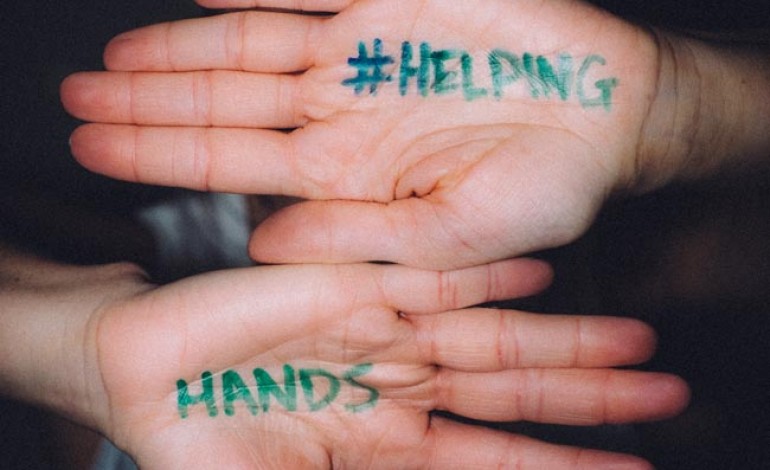 That’s the message the public are being asked this week as agencies unite in a bid to stop young people becoming victims of sexual predators.

The work is part of a national campaign to raise awareness of child sexual exploitation (CSE), which will see people use their hands to share their thoughts on the subject, along with the twitter hashtag ‘#HelpingHands’.

In Durham and Darlington, the idea has been supported by both Local Safeguarding Children Boards, a range of organisations, as well as backing from the Police and Crime Commissioner, Ron Hogg.

Colin Morris, chair of the Darlington Local Safeguarding Children Board, said: “Looking out for young people isn’t just the responsibility of the police; we all have a part to play.

“Professionals including teachers, social workers and GPs have been given help and training, so that they understand what CSE is and what to do if they have any concerns.

“In my opinion, it’s better to be safe than sorry and everyone can play a part in keeping young people safe.”

Police and Crime Commissioner Ron Hogg said: “Fortunately most children in County Durham and Darlington live safe and happy lives, but there are risks posed to young people in the online world and the real world. We want to keep children safe and I firmly believe that everyone has a part to play in stopping abuse.”

Jane Geraghty, chair of Durham Local Safeguarding Children Board, said: “The tweets and other social media messages that will go out during Wednesday, March 18, will help us pass that message on to as many people as possible.

“We hope that people get involved and help us with our quest, by sharing and retweeting the posts. They can join in too, by adding their own message to the campaign – all they need to do is write that message on their hand and share it under the hashtag ‘HelpingHands’.”