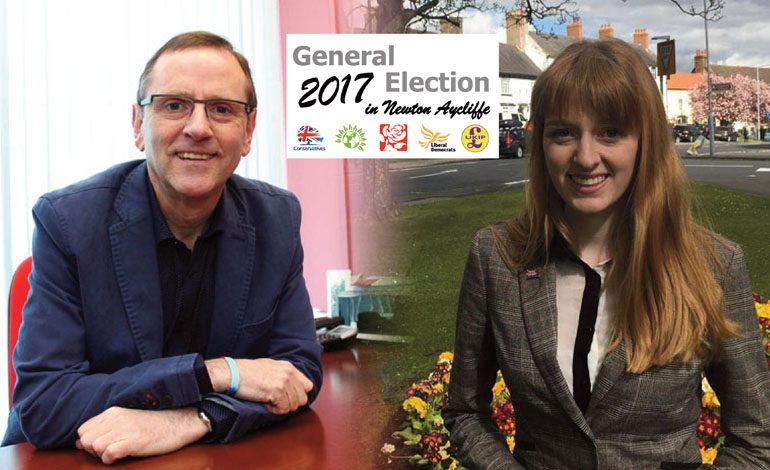 Labour candidate, and the Sedgefield constituency’s MP of 10 years, Phil Wilson, says he’s threatening legal action after accusing his Tory rival, Dehenna Davison, of getting her facts wrong about him in campaign literature.

Miss Davison, a 23-year-old student from Hull, implied in her General Election leaflet that Mr Wilson had voted against holding a referendum on the UK’s membership of the EU.

But Mr Wilson has pointed out that, although he campaigned for the UK to Remain, he did vote in favour of the Government’s EU referendum bill in 2015, and voted to trigger article 50 to allow Brexit negotiations to begin.

Miss Davison said the list had been taken from the website theyworkforyou.com, which she cited on the leaflet and shows Mr Wilson voted against holding an EU referendum in 2011.

But Mr Wilson says this was a backbench debate with no legislative consequences, and pointed out how the vast majority of MPs voted the same way, including Theresa May, James Wharton and Michael Gove.

“I’ve made no secret of the fact that I campaigned to Remain last year, just as Theresa May did,” said Mr Wilson.

“But I voted in favour of the referendum bill in 2015, and after the Brexit referendum I voted to trigger article 50.

“Dehenna is demonstrating her lack of experience. I would like a retraction and an apology.”

Miss Davison said the section on Mr Wilson’s voting record had focused on a number of issues.

She has also criticised Mr Wilson his attempts to distance himself from the Labour leader Jeremy Corbyn.

“He really cannot have it both ways,” she said on her Facebook page.

“A vote for Labour here is a vote for a Labour MP for Sedgefield and a vote for Jeremy Corbyn to become Prime Minister, with an awful lot of division and infighting along the way.

“A vote for me, meanwhile, is a vote for a Conservative MP who will be a strong representative for Sedgefield residents, but also someone who will back Theresa May as Prime Minister to provide the strong leadership we need to see us through the Brexit negotiations.”

Mr Wilson is the bookies’ favourite to win the Sedgefield seat on June 8, just ahead of Ms Davison.

They’re competing with Lib Dems candidate Stephen Psallidas, the Green Party’s Melissa Wilson and UKIP’s John Grant for a seat which has been held by Labour since 1935.