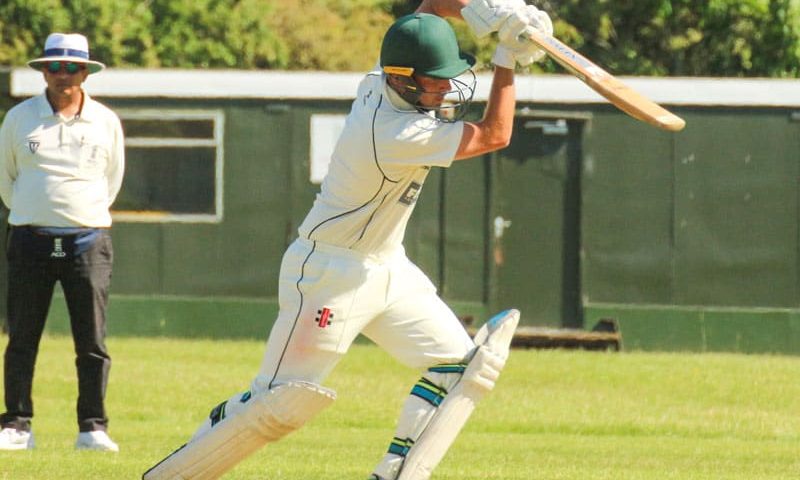 Aycliffe first team put in a superb all round performance to defeat the NYSD second division runaway leaders Marton 2nd XI by seven wickets.
Aycliffe opening batsman Joe Haines (pictured in action, above) had his best innings of the season so far when he top scored with an impressive unbeaten 49 from 111 balls faced and his innings included nine boundaries. Jack Slatcher (sponsored by Dean and Tina Greaves) also deserves praise after an excellent all round performance during with he took 3 for 19 with the ball and then helped see his side to victory with an unbeaten 30 off 39 balls including seven boundaries.
This impressive victory helped Aycliffe consolidate 8th place in the NYSD 2nd division table with 102 points from nine games played.

The second team put in a decent performance away at Preston 1st XI, but still went down to a five wicket defeat against their more experienced opponents. 15 year old Leo Mercy (sponsored by Joint Design Direction) top scored for Aycliffe with a senior career best score of 35 from 37 balls, including five boundaries. Special mention must also go to 16 year old Matty Greaves who scored 20 runs from 32 balls when Aycliffe batted and then took 2 for 32 from his 10 over spell during the Preston innings.
Despite this defeat, the second team remain in sixth place in the NYSD 4th division with 103 points from ten games played.