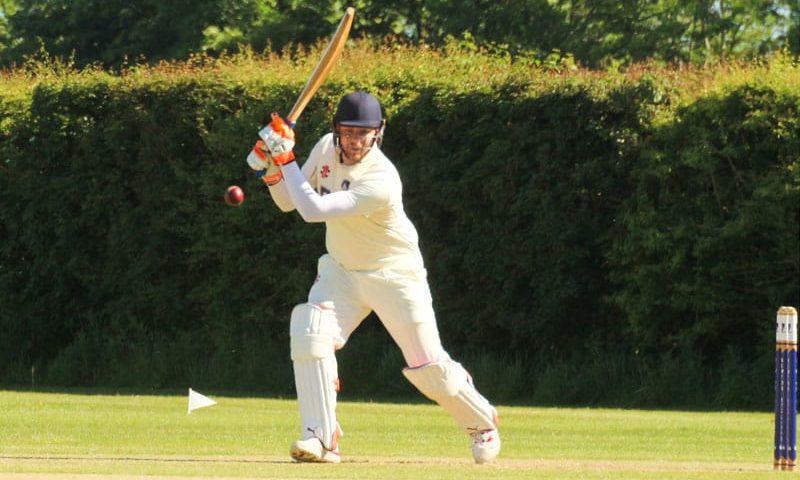 Aycliffe’s first team had a very good win by eight wickets away at Bedale after a tremendous batting performance by both Adam Randall (sponsored by DTS Joinery, pictured above) and Adam Gittins. The pair set a new club record with an unbroken 3rd wicket partnership of 140, taking their team to victory after 41.3 overs.
Adam Randall hit his fourth half century of the season finishing with 73 not out off just 65 balls faced and he smashed six boundaries and four sixes in his brilliant innings. Adam Gittins also batted superbly scoring an unbeaten 55 off 131 balls faced, reaching the boundary on seven occasions and this was his second half century this season.
The win lifted Aycliffe to 7th place in the NYSD 2nd division table and at the half way stage of the season, the first team have 130 points from eleven games played.

The second team game was abandoned after only 7.3 overs of the first innings due to persistent drizzle making any further play impossible. Earlier Aycliffe had chosen to bat and reached 31 for 2 when the umpires and captains agreed to call a halt to proceedings as conditions continued to deteriorate.
The six points Aycliffe gained from this draw takes their total to 112 from 12 games played and they remain in 8th place in the NYSD 4th division table.