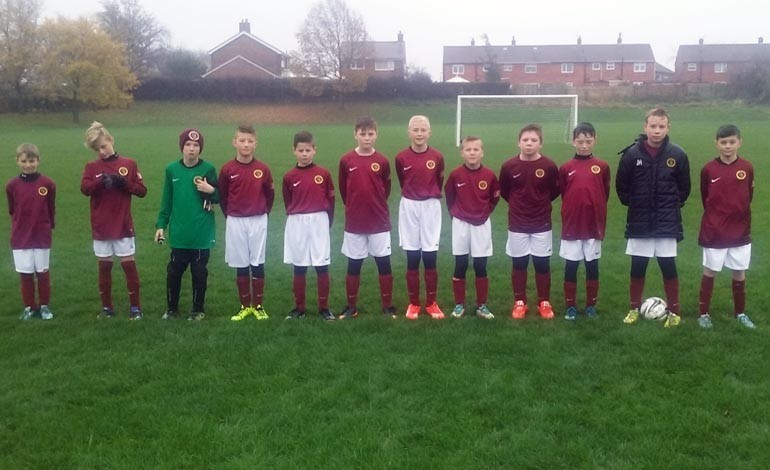 The Aycliffe Juniors football weekend got off to a great start on Friday evening as the club’s first girls football taster session took place.

There was a great turnout of 4-6-year-old girls who trained alongside NAJFC coaches from various age groups.

This was fantastically supported by the club’s existing girl players Kiera and Chloe.

This week sees the session running at Sunnydale on the 3G pitch for 7-10 year olds 5-6pm on Friday 13th – so please just come along if you are interested.

On Sunday, earlier games survived the weather with late morning and afternoon kick-off’s washed out, the Under 7’s had an away game at Shildon and came away 6-2 winners courtesy of goals from Harry, Kai and Isaac.

The Under 8’s managed to get an early game in at Sunnydale. They faced Darlington 21st All Stars and it was a free scoring but tight game which ended 4-3 to the visitors. Rhys Galloway scored a superb hat trick which included a Ronaldo like free kick in to the top corner from wide on the left of the pitch. The second game ended in a 3-1 defeat, Harvey Lee got the goal but all deserve credit for their continued effort and hard work in terrible conditions. Men of the Match were Lucas Acuna Ocana and Jack Lowis.

The Under 9’s were away to Billingham Hornets they battled well in wet and windy conditions. Reece scored first directly from a corner and Thomas doubled the Aycliffe lead soon after. Billingham though were tough opponents and had drawn level by half time with 2 goals on the break. Man of the match Parker put Aycliffe back in front with a well taken header after a set piece. Billingham again equalised and despite late pressure Aycliffe could not force the win and this one ended 3-3.

The Under 12’s faced Saxon Juniors it was an end to end first half with Saxon taking the lead before Zack was alert to finish during a gaol mouth scramble to equalise for Aycliffe. After a barge in the box Dylan H’s penalty was well blocked but Adam followed up to put Aycliffe in to a 2-1 lead. Saxon equalised just before the break and then early in the second half Adam beat his man and added a great finish to restore the lead. A late equaliser for Saxon finished the scoring and the game at 3-3. Men of the match today were Adam and Dylan S in what was a good team performance against a strong team.

The rest of the weekend was affected by the weather as heavy rain led to the postponement of the Under 10’s, Under 14’s, both Under 18’s and the Under 23’s fixtures.