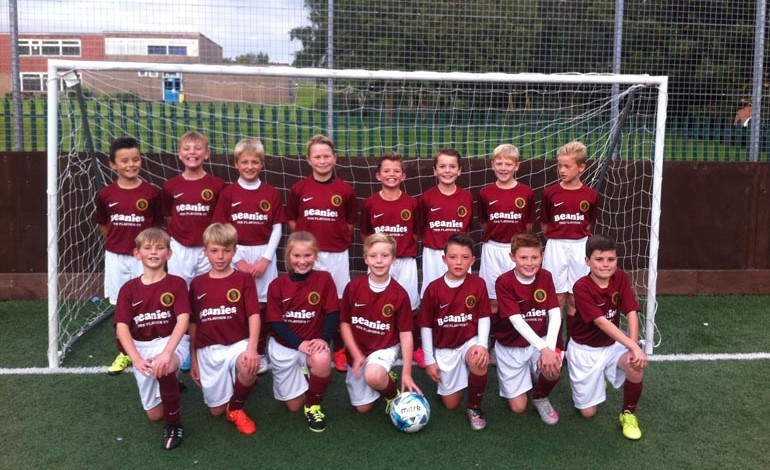 • The under 10’s Russell Foster league team had a 4-2 win against Shotton Colts Reds.

Aycliffe conceded first and could not break Shotton down before half time.

In the second half Aycliffe took the game to Shotton and Bo volleyed home the equaliser after a good ball from Evan.

Straight from the kick off Bo got his second after finishing off Taylor’s pass.

This lead was extended, as the team grew in confidence, with goals from Taylor and Ollie, a late Shotton goal ended the game in a 4-2 Aycliffe win.

Taylor was the player’s man of the match with Evan and Sam sharing the parent’s award.

• The Under 10 TJFA side were in the first round of the League Cup against Dormanstown at Sunnydale.

They raced in to a 4-0 half time lead with goals from Lucas (2), Zack and Charlie.

Jacob added a penalty in the second half after he was brought down in the box to complete a 5-0 win.

In the friendly game Harry scored a first half hat trick before Aaron, Lucas, Evan and Zack added goals for a 7-0 win.

• The Under 12’s were involved in an evenly matched cup game at Brompton Juniors.

The home team scored first before Dylan Howe scored twice to give Aycliffe a 2-1 lead.

Brompton equalised with a penalty late in the first half. The lead was re-gained when Zack Stewart finished a good move, it was not to be enough though as Brompton scored twice to gain a 4-3 win.

Man of the match was Ethan Parkinson who did not put a foot wrong in defence.

• Both Under 18’s teams suffered first round cup exits, the Blacks having a bad day and losing 10-2 to Stokesley.

The Reds went down 6-2 against Division 1 side Kader FC despite goals from Declan Maughan and Ryan Peart.