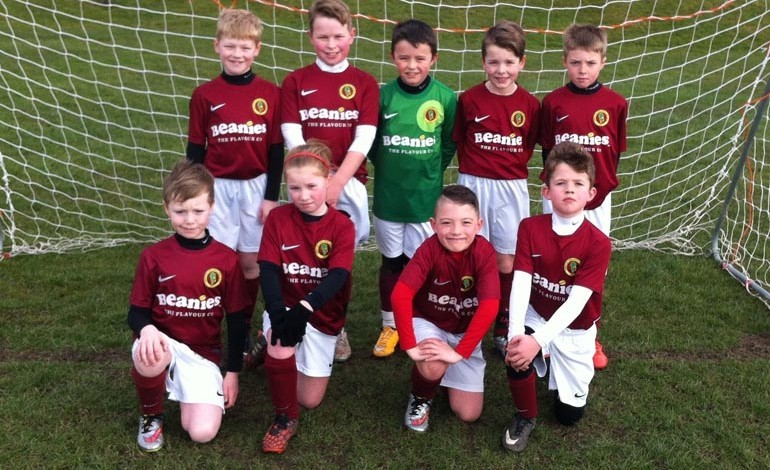 It was a busy week with some of the Aycliffe Juniors teams having lots of games to catch up on.

The highlight of the week was the news that the Under 10’s are confirmed as TJFA Division One Champions for the fourth consecutive season.

This talented team still have two league games to play next week but the fantastic record of 14 wins from the first 16 games has proved enough to seal the title. This squad have been excellent all season scoring 59 goals so far whilst conceding only 9. They have now completed victories against each side in the league after they won a tough game on Tuesday night. A great Zack free kick was the difference in a 1-0 win away at Seaton Carew. Special mention and congratulations to all of the eleven strong squad which includes – Thomas, Aaron, Harry, Chloe, Sam, Charlie, Jake, Jacob, Evan, Zack and Lucas. Huge thank you to manager Adrian Dawson and his trusted coach Neil Patterson for supporting and developing all the players during the season. This is a truly fantastic achievement in winning the title again and showing themselves to be the top team in the TJFA league since entering the competition at Under 7.

The Under 7’s and 9’s have completed their league fixtures and the Under 8’s have one league game left next weekend. Their manager Abi Steel completed the Blackpool 10km run to raise money for the teams end of season trip, well done Abi. Whilst Abi was running the boys played a friendly against Kader winning 8-0 and then 7-2. Niall got a double hatrick in the first game then 2 in the second. Jayden and Harvey scored in each match with Lucas, Jack and Rhys also getting a goal. The man of the match this week was Rhys.

The Under 10 Russell Foster League side kept up their unbeaten run but let a 2 goal lead slip as they drew 2-2 against South Shields. They started well, pressing hard and Sam was dictating play from the back. Oli put in a great challenge to stop South Shields scoring before Taylor finished off a sweeping move to put Aycliffe ahead. Noah soon added a second goal but in the second half 2 goals were conceded and this game ended in a draw.

The Under 12’s have played three games this week, first up on Tuesday were Great Ayton. The first half ended with Aycliffe ahead 2-1, both goals coming from Dylan’s throw in’s the first deflecting in and the second Adam headed home. The second half was a differenet story and despite James goal the game ended in a 3-5 defeat. On Thursday the team faced Darlington Spraire Lads, they were 0-1 down at half time. Adam scored a great free kick in the second half after they had gone 0-2 down then an equaliser came from Dylan. The fine second half performance was rounded off with the winner from Zack. On Sunday they played Coulby Newham and Dylan scored twice a 2-2 draw. So, a full house of results in the week with a win, a draw and a loss.

Both the Under 12’s and 14’s look forward to derby matches against Aycliffe Youth in the coming week as the league season concludes for these teams and the younger age groups next week.

Both Under 18 teams won on Thursday night with the Reds coming from 4-2 down to win 5-4 against Hardwick Youth, goal scorers were Ryan Peart (3), Lewis Bunting and Lewis Race. The Blacks backed up the midweek win against Northallerton with another win on Sunday against Redcar Athletic to keep the pressure on the league leaders.