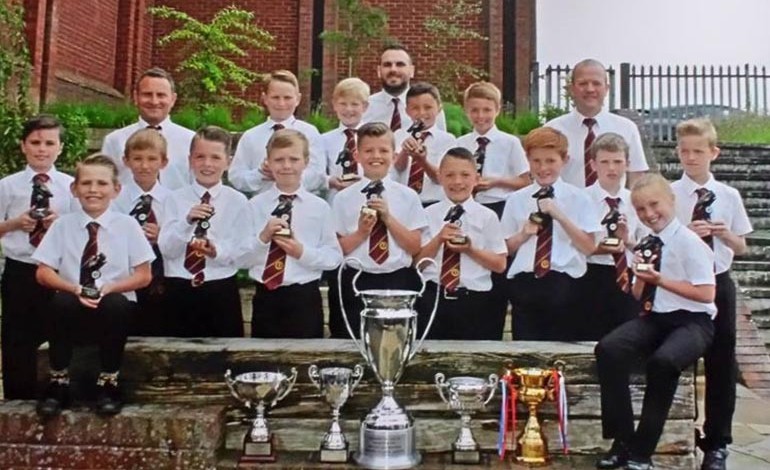 After the fantastic success of their summer tournament, Newton Aycliffe Juniors FC celebrated the whole 2014-15 season at their presentation day hosted as ever by Sunnydale Leisure Centre.

Jennifer Howe was given a special recognition award for her tireless work with the club over several years.

Michelle Acuna Ocana received the Chairmans award for her dedicated work for the club as both Secretary and Treasurer in recent years.

The inaugural team of the year award was presented to the Under 9’s who have successfully run two sides this season.

The Russell Foster league side won promotion and the TJFA side sealed an unprecedented treble, winning the TJFA Division One, TJFA League Cup and Haggerston Castle tournament.

Each NAJFC team presented awards to all their players to recognise their contributions towards their sides performances over the whole season, with Middlesbrough mascot, Rory the Lion, helping out (pictured below).

To conclude the event each team manger awarded individual prizes for golden boot, player of the season, most improved player or sportsmans award, players player of the year, the managers award and player of the tournament either from the NAJFC event or tour.

The individual roll of honour for each side was as follows:

“The club are proud of their players achievements so a huge congratulations to them and everyone involved in supporting them over the season,” said the club.

“As ever big thanks to the Sunnydale Leisure Centre team for hosting the event and our club compere Adrian Dawson who kept the whole thing running smoothly.”

All training and trials will be at Sunnydale. 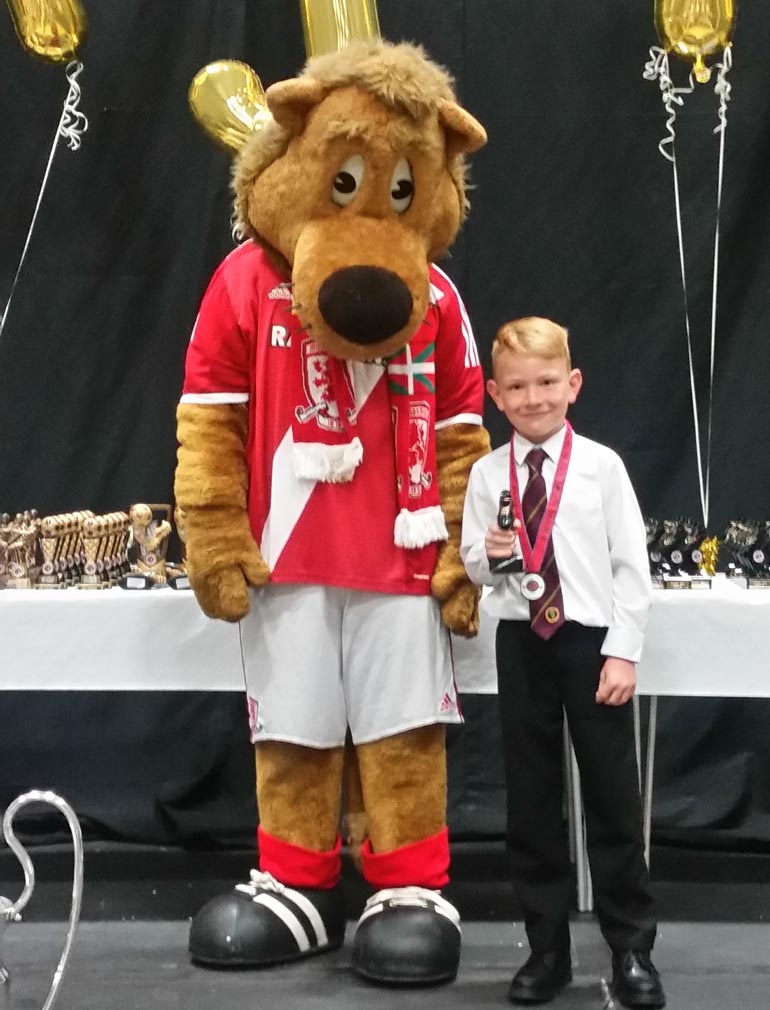