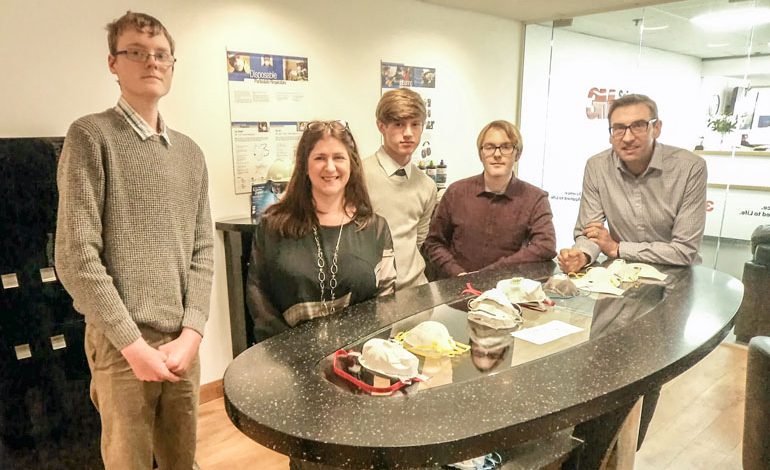 Sixth formers visited 3M’s Aycliffe site ahead of British Science Week (BSW) to learn about manufacturing and devise projects that will inspire their scientific creativity.

Promoted by the British Science Association (BSA), BSW is an annual 10-day festival, this year running from 8 to 17 March, celebrating the STEM subjects of science, technology, engineering and mathematics.

As a major partner of BSW, 3M has been hosting activities at its sites across the UK with the aim of inspiring the next generation to pursue careers in these fields.

The day began with a short talk about 3M and what happens at the 192,000 sq ft plant, which employs around 380 workers and makes disposable and reusable respirators, as well as car care products.

Next, the Year 12 students were given a tour of the facility, during which they learnt about the processes, technology and challenges involved in making respiratory protective equipment.

They then brainstormed ideas for an extra-curricular project they could work on over the coming months, based on what they had seen and learnt. The group chose to work on a project looking into the automation of packaging for 3M’s respiratory filter cartridge production.

The team will return to the 3M site in May to present its work to a panel of 3M STEM Ambassadors, who will then provide feedback.

He said: “The students really seemed to enjoy the day. We were greatly impressed by how well they engaged with our discussions about engineering and innovation.

“They have scoped a great project to work on and we look forward to seeing their results during the return visit.

“It is so important that we inspire the next generation to pursue subjects such as science and engineering, as these fields are the key to improving lives around the world.

“This is a vision that 3M shares with the BSA, which is why we are so proud to be a major partner of British Science Week for a fourth year running.”

Debbie Spoor, enterprise and STEM enrichment officer at Framwellgate School Durham, in Newton Drive, added: “We’re incredibly grateful to 3M for supporting us with our STEM internship programme each year, of which the project forms an integral part.

“The visit was a really valuable opportunity for the students to learn about how an engineering company works and how to conduct a scientific research project. Everyone thoroughly enjoyed the day.”