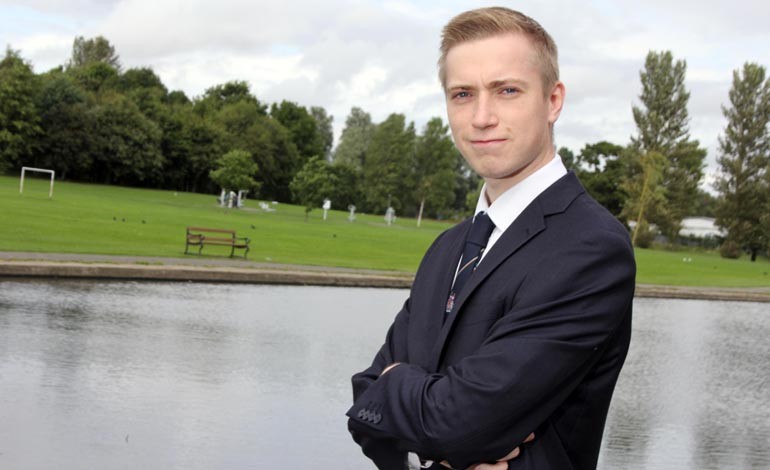 A young councillor is under pressure to resign after he turned up for only his fifth meeting in a year last night – just to keep his annual allowance.

The 20-year-old is being accused of only showing up for the meeting to keep his annual allowance of £1,060.

Had he missed last night’s meeting, he would have automatically lost his seat on the council by law, because his last show at council chamber was on 25th February, and the authority isn’t due to meet again until 25th August.

Under the Local Government Act 1972, a member would cease to be a councillor if he or she fails throughout six consecutive months to attend any meetings.

Former Labour councillor Alison Palmer lost her seat on the council earlier this year after failing to attend a meeting during that period of time.

And while Cllr Twissell hasn’t technically done anything wrong, he’s now under pressure to step down.

Council leader Bob Fleming told Aycliffe Today: “To attend five meetings in a year isn’t acceptable and as leader of the council I can’t condone it.

“I think this shows that maybe when some people are elected as councillors, they fail to understand the commitment that’s required to fulfil their duties.

“Most councillors do a great job and attend most of the meetings they’re supposed to.

“For most of us it isn’t about the money. I go to about 50 meetings a year but must go to 50 a month in one guise or another, I end up with about £52 a month in my pocket and that doesn’t even cover my petrol.”

As Cllr Twissell attended last night’s meeting, the town council is unable to act, but it has hinted that Cllr Twissell should consider his options.

A statement said: “Once elected, a councillor can only cease to be a councillor under certain legal circumstances.

“The council as a body is unable to act outside of statute law. This is strictly a matter for the individual councillor and is their decision as to whether they should resign, or take the morally right decision.

“Any criticism is, therefore, directed to the individual and no doubt would be taken into account at the time of council elections.”

Aycliffe resident Ken Robson, chairman of Acorn Resident’s Association who has indicated he would stand as an independent councillor, added: “Personally I find it a betrayal of trust when councillors don’t represent their wards on behalf of the people who elect them.

“It seem to me to be very undemocratic that the Labour group are holding a seat which is unrepresented whilst denying an interested member of the public a seat.”