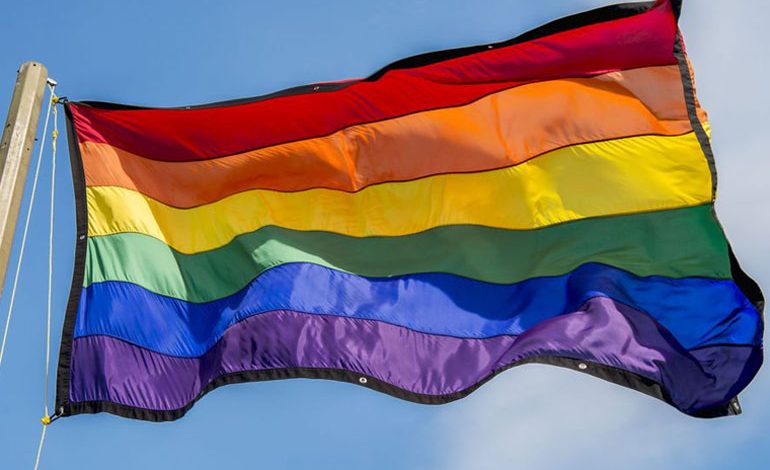 Dark age councillors have lurched from one PR blunder to another after refusing to fly LGBT+ flags on the days of the Durham Pride March.

It was proposed the flags be flown at Aycliffe Council’s two locations, annually, on the days of the Durham Pride March (the next one is on May 26 next year) in support of the LGBT+ community

But just two weeks after the Santa Tours fiasco – which saw the council back-track on cancelling them – out-of-touch councillors voted 16-7 against the flag idea, with one claiming “we’re all equal”.

The decision has sparked another PR storm for the under-fire local authority and criticism from the LGBT+ community as well as councillors, with one saying it drags Aycliffe “back to the 19th Century”.

Introducing the motion at the council’s full meeting on Wednesday evening, Cllr Beetham emphasised the importance of showing support for the LGBT community, and noted that a number of local councils flew the Rainbow Flag without controversy.

Rising to oppose her, Cllr Arun M Chandran stated that he believed that all human beings were equal, and that the way to achieving equality was not to emphasise our differences by disparate acts such as this – which only antagonised opponents, who felt threatened and close their minds to change – but by emphasising our similarities.

Cllr Chandran was supported by Cllr Eddy Adam, who cited a number of councils where the issue of the Rainbow Flag had led to controversy and ill-will. The council did not have a Flag Policy, he noted, and it was inappropriate to decide to fly a Rainbow Flag in isolation, without thinking of when and how we might fly other flags. He suggested that Cllr Beetham withdraw her motion, pending the development of such a policy (Cllr Beetham declined).

Cllr James Atkinson objected to the long speeches which, he noted, were being made when there were members of the public present, and he pointed out that it was not ‘the council’s’ money, but the council tax-payers’.

Cllr Kate Hopper suggested that there were more prominent places to fly the Rainbow Flag from – for instance in the town centre – other than from the Council’s flagpoles.

Cllr Derek Atkinson closed the debate by reminding members of the Equalities Act of 2010, which was not being applied in many respects. He could not agree to the motion being kicked into the long grass but, in respect for LGBT+ rights, supported the purchase of two flags.

Cllr John Clare said: “I had thought we were reaching a point in our nation’s history where LGBT+ people were generally accepted and could relax, but there has been recently a rise in hate crime, and particularly a rise in hostile comment about people who are transgendering.

“Last weekend, the Durham Police unveiled their own LGBT+ banner at the Superheroes event at The Locomotion Museum. Following their lead, we too ought to speak out assertively for the LGBT+ community, and to support them in their Pride Marches.

“The shallow argument is often made along the lines of ‘well we don’t have Straight Pride Marches’. No, we don’t. That is because straight people have not for generations been ostracised for their gender and sexuality; been beaten up for them; been told by their religion that they were congenitally sinful and need to be ‘cured’; been blackmailed, arrested and imprisoned; and even – as in the case of Alan Turing, arguably the greatest mind this country has ever produced – forced to undergo a series of chemical injections to destroy their genitals.

“And unlike transgender individuals at the moment, straight people do not have to watch while others reduce their personal physical, medical and mental health turmoil to cheap vicious cartoons about which toilet they should go to.

“If we have a Town Council for anything, it is to advocate the right of everybody in our communities, whatever their gender and, within the law, sexuality, to be accepted and valued. It is not about calling out opponents and bigots, it is about recognising and supporting LGBT+ rights.

“That is what we stand for, and this is why we should feel able to purchase and fly these flags, with pride.

“It is clear that the town councillors are utterly out of touch with even the 20th Century – fighting battles which we thought were done and gone.”

Cllr Beetham said: “Flying a rainbow flag is a small gesture – a gesture made frequently by other councils across the UK, including Durham County Council, without any controversy.

“It’s a small but important gesture as it visibly acknowledges our LGBT+ community and the contribution they make to our community of which we are proud.”

Durham Pride chairman, Mel Metcalf, has been reported as saying the council’s decision demonstrated a lack of support for equality, diversity and inclusivity.