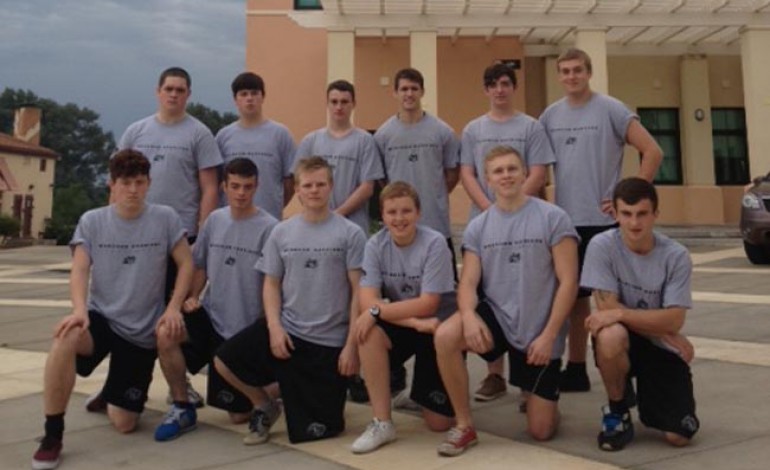 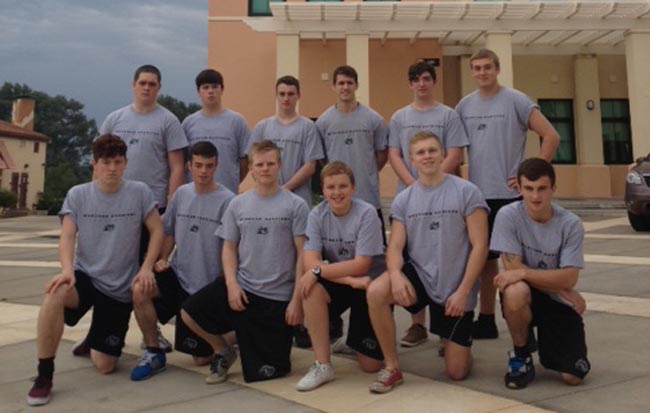 Woodham Warriors American Football team from Woodham Academy flew out to Sicily to play at the Sigonella US Navy Base recently.

This was the Warriors third game since September against American High School opposition.

The Woodham students were able to take in the sights of Sicily before travelling to the US Navy base for their game against the Sigonella Jaguars.

The Sigonella team boasted American students who lived on the base from American states such as Texas, Mississippi, California and Florida.

The game began with the Sigonella team being led across the Navy base and onto the field by a police and fire engine escort flanked by three Harley Davidsons, together with sirens blazing and engines roaring.

This was then followed by the national anthems on the field – quite a sight for our home grown local students.

With the high Mediterranean temperatures and a small travelling squad, the Warriors struggled to cope with the Jaguars power and experience throughout the first half, but fought back into the game to finish with a highly respectable 38-14 defeat at the end of the game.

Warriors highlight of the game came via an 81 yard touchdown run by offensive MVP Chris Armstrong which continued his streak of scoring in every game against the American High Schools.

Warriors head coach and assistant head teacher at Woodham Academy Jon Tait said: “This has been another amazing experience for our students.

“To have the opportunity through our Sports Academy to come and play in Europe at US Army and Navy bases would have been beyond our wildest dreams twelve months ago.

“However, the connections that we have now built up are now beginning to really make a difference to the lives of the young people in this area.”

Woodham have now completed their schedule for 2012 and are eagerly awaiting the start of the British league again in 2013 for the chance to go one better than they have done in the last three British Finals and also the chance to compete in the American High School league once again in the Autumn.