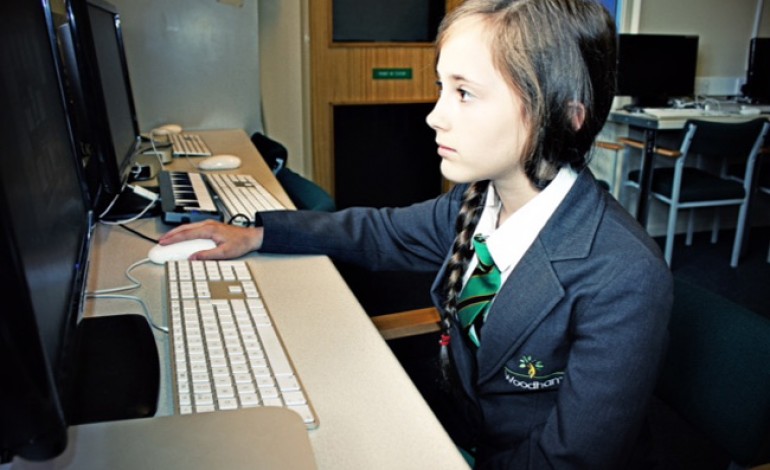 Year nine students at Woodham Academy have started to create their own retro platform game in the style of Mario Bros.

When finished, the game will run on the internet via a web browser.

Students are combining skills they have been learning from Year 7 which range from drawing their own characters to creating and modifying the code for the platform game.

Previously Year 9 students have learned about computer hardware such as RAM, IO devices, HDD and SSD through a project which explored the current generation of games consoles and led students to design their own next-gen consoles.

Mr Smith, Director of ICT at Woodham Academy, runs a Facebook group for both ICT and Computing teachers which has over 1,500 members from around the world and many members were interested in his resources when he was discussing the project.

Mr Smith said: “It is really important to us that every student in the school is given the opportunity to code.

“I don’t want it to become something a few students do after school.”

Other recent computing examples include Year nine classes ‘hacking’ existing complex code to alter how a programme performs and Year 8 students creating an interactive timeline on the history of computing.

Mr Smith continued: “Students have a real interest in the history of computing.

“They play retro games and are aware of terms such as 8-bit but don’t know what they really mean and, despite the recent Turing movie, are still relatively unaware of the significant British involvement in the development of Computing.”