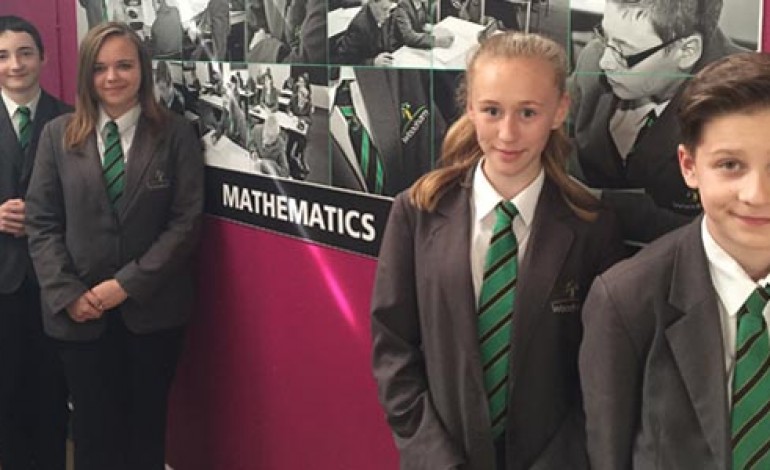 A group of four students from Woodham Academy competed in the regional final of the Team Maths Challenge at Durham Johnston.

The event, organised by the United Kingdom Mathematics Trust (UKMT), saw 25 teams from schools across the North East compete in speed and relay rounds to complete a range of challenging problems.

The team from Woodham Academy, comprised of two students from Year 9 and two from Year 8, had an excellent morning in the event, gaining high scores in both the group and number cross rounds.

The afternoon saw an increase in difficulty with a challenging shuttle round, where the students showed their resilience and teamwork skills.

The overall winners were the home school, Durham Johnston, who will go on to compete at national final in June at the Royal Horticultural Halls, London.