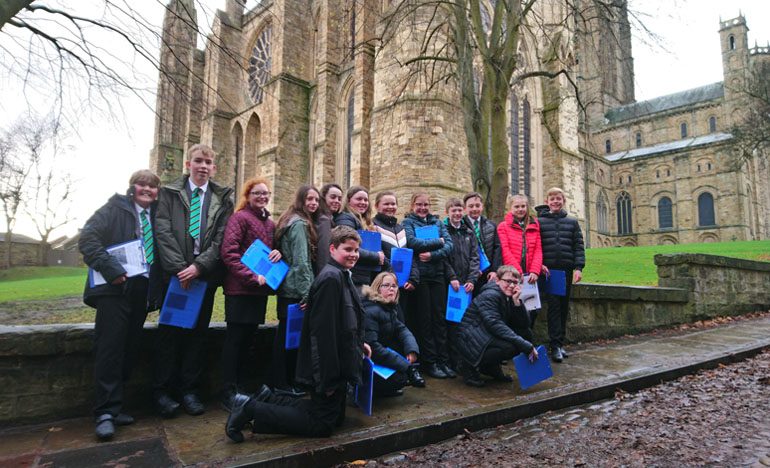 The remembrance of a day as momentous as the end of World War One cannot be confined to a single day.

Woodham Academy students have embarked on a ‘year of remembrance’ where special projects and activities have been organised to mark the centenary year.

It began with a Battlefield trip to Belgium and all Key Stage 3 students have written a ‘Dear Tommy’ letter inspired by the iconic statue in Seaham, expressing their thanks to the ‘unknown soldiers’ who died in their millions.

These letters were delivered during the church service at Newton Aycliffe on the 11th November and a wreath was placed at our local monument to express our gratitude and remembrance as a school.

As part of the school’s PSHE curriculum, and an ongoing commitment to teaching all students the British Values of respect and tolerance, all Year 9 students have also created poppies which are on display along the Humanities corridor.

Mrs Keenan, head of History at Woodham, said: “Results are important and Woodham Academy does achieve fantastic GCSE results living up to our motto of ‘Achievement for All’.

“However, creating well rounded students is equally important to us here. We very much want the students to grow up having a respect for what has come before them as well as for themselves and their futures.”

Talented students recently attended a workshop at Palace Green Museum in Durham. This session was designed to academically stretch the more able students and they were given a chance to use original source material from World War One.

A tour around Durham followed with all aspects of the Home Front pointed out and then an intense and emotional debate about Field Marshall Haig who was in charge during the Battle of the Somme.