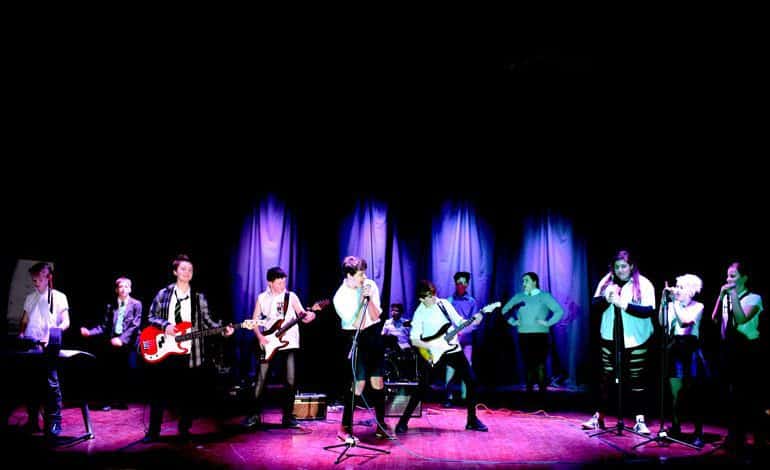 Woodham Academy has received a national award in recognition of the excellence of music education at the high-performing school.

The Incorporated Society of Musicians (ISM) has awarded Woodham Academy its Silver Certificate, praising the high achievement of the school’s students.

Woodham Academy is one of only 146 schools across the country to have received the accolade from ISM, the professional body for musicians.

Deborah Annetts, chief executive of the ISM, said: “We are delighted that Woodham Academy values music within their school curriculum, and as the professional body for musicians and a subject association for music education, we are delighted to recognise this high level of achievement with this certificate.

“Music is a valuable subject. It brings value in itself to pupils, as well as supporting achievement in other subjects. Music also opens doors and generates educational opportunities for pupils from all backgrounds.”

In its third year, the ISM certificate recognises the achievements of schools in music, and celebrates their commitment to music education shown by the high uptake and achievement of their pupils.

To be awarded a Silver Certificate, more than 15 percent of all a school’s GCSE students must achieve an A* to C in Music.

Woodham Academy’s head of music Robert Gales said: “To be one of only 146 schools nationally receiving the award is fantastic.

“It recognises the hard work from both staff and students, not only to achieve our brilliant exam results, but also to promote the important extra-curricular opportunities that a subject like Music can bring to a school.

“Anybody who came to see our recent performance of the hit musical ‘School of Rock’ can see the vast amount of performing talent that we have here at Woodham.”

Woodham Academy’s award-winning music students will soon be taking to the stage for their final performance of the school year. They will showcase their talents on Tuesday, July 3 at their Summer Concert, titled ‘A Night at the Movies’.

Woodham Academy’s music department is also able to announce students will be performing the musical ‘Grease’ in March 2019. Look out for tickets going on sale later this year.