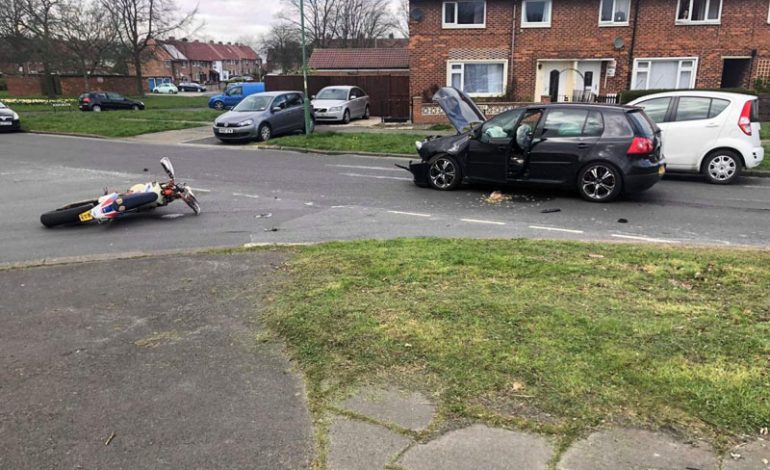 Officers are appealing for witnesses to a collision which left a biker with serious injuries.

It happened on Emerson Way outside the Iron Horse Hotel in Newton Aycliffe at 2.40pm on Saturday, March 30 and involved a KTM 350 motorbike and Volkswagen Golf.

Both vehicles were travelling in opposite directions when they collided.

The 36-year-old rider of the KTM was thrown from the bike and was taken to James Cook University Hospital, in Middlesbrough, with serious injuries.

The driver of the car – a 35-year-old man – received a minor injury.

Anyone who witnessed the collision, or has any information in relation to it, is asked to call Durham Constabulary on 101, quoting incident number 260 of March 30.