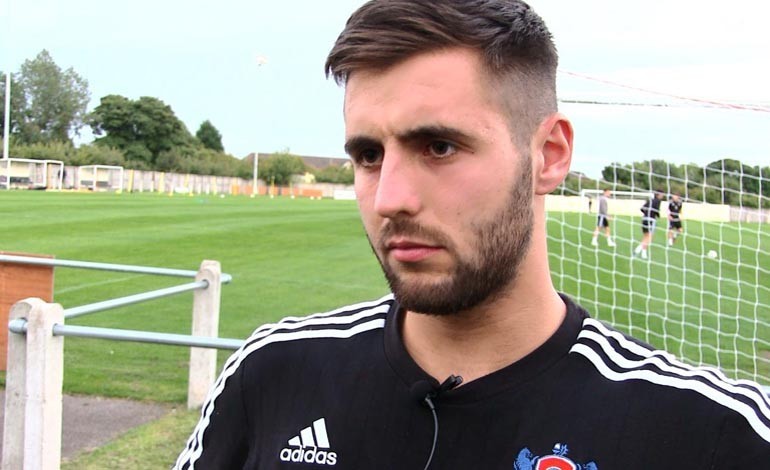 Aycliffe go into the game as huge underdogs against the current FA Trophy champions.

But skipper Garthwaite told Aycliffe Today: “You never know on the day. You don’t know what’s going to happen.

“These will be very strong. They won the FA Trophy last year and I think they’re unbeaten so far this season.

“They’ll be a very good side, but on our day we can beat anyone. We did it in the last round, as massive underdogs, and I think we can do it again.”

Aycliffe have beaten Nelson, Morpeth and Brighouse Town to reach this stage for the first time in their short history.

And even though they’re three wins away from the first round proper, it doesn’t stop the dream.

“Early on you don’t think it, but at this stage now that’s when you start to believe you can get to the first round,” said Garthwaite.

“I think I speak for all the lads, I can’t wait to get out there. I think we’ve got a great chance.”

See Garthwaite talking to Aycliffe Today in our Video Vault.