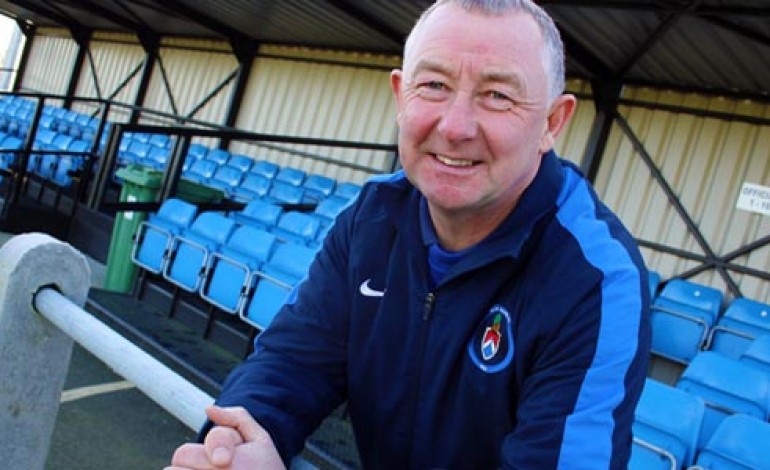 Aycliffe boss Allan Oliver reckons the chances of Saturday’s game at South Shields are “grim” – but he’s hopeful they’ll be able to stretch their current eight-match unbeaten run if the game does get the go-ahead.

Aycliffe are on the road again this weekend, as they travel to Filtrona Park to face 16th-placed Shields.

The Newtonians will be looking for revenge as Shields surprised Aycliffe in October with a 4-1 victory at Moore Lane Park.

A mis-firing Aycliffe found themselves 3-0 down at half-time and only John Close was able to find a way past the visitors’ defence in the second-period, while South Shields rounded off the scoring in stoppage time.

It was one of only two away victories for the struggling Mariners.

Aycliffe will head north looking to put the record straight, and continue to exert pressure on those at the top of the table.

In a video interview with Aycliffe Today, boss Allan Oliver said: “We’re confident of going there and getting something, but we’ll be up against it.

“South Shields have scored eight goals against West Auckland who are top of the league, so that says everything.

“Take your foot off the pedal or underestimate anyone in this, then you’ll get nothing out the game.”

Asked about the chances of tomorrow’s game going ahead, Oliver replied “grim”.

If on, skipper Sean Tarling will return to the side, after missing Saturday’s 1-1 draw with Ashington due to work commitments, while Josh Gray will hope to shrug off the groin injury that saw his kept on the bench last weekend.

Striker Dan Mellanby is set to make his 70th appearance for the club, while winger Stuart Owen will move to within two games of 100-apearances should he take part in the game.

Shields made headlines during the week with a bold attempt at trying to lure ex-Newcastle United winger Nolberto Solano to the club. The Peruvian winger decided he’d rather focus on his coaching career, and opted for Newcastle Benfield instead.

South Shields haven’t won at home since November, when they beat Jarrow Roofing. However, they come into the game on the back of an impressive 3-0 victory away at Norton and Stockton Ancients last Saturday, and only Bedlington and Whitley Bay have scored more home goals than the Mariners this season.

A win for Aycliffe could see the club climb two places in the league up to sixth, but that would need Dunston UTS to drop points at home to Tow Law, and Spennymoor to lose to Solano’s Newcastle Benfield.

Aycliffe will be back at home next weekend when they host Shildon for the first-ever time in the Northern League, The clubs have already met four times this season, twice in the FA Vase and once in the Durham Challenge Cup, to go with October’s league meeting at Dean Street.  Shildon have two victories – one after extra-time – with Aycliffe winning one of the four.