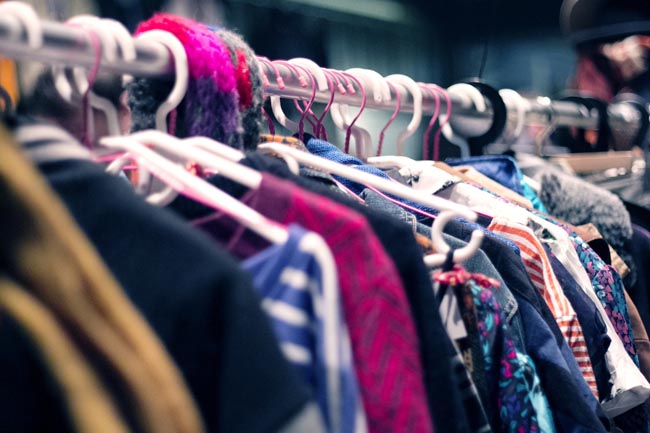 Two thirds (64%) of people from the North-East think that women should be allowed more space in shared wardrobes than men, according to a new study launched by British Heart Foundation (BHF).

When asked why women should be allowed more space in the wardrobe, over one third of people from the North-East (35%) said it was because women are judged more heavily on looks than men, 22% said it stopped arguments and 23% said it’s more important that women look good.

Around one in ten (13%) people from the North-East admitted to falling out with their partner for taking up too much wardrobe space, with an average of five arguments per year.

Common tactics people from the North-East use to avoid arguments over wardrobe space include: 14% hanging clothes inside other clothes to hide them, 9% cutting off new labels before they hang clothes up and 8% buying a separate wardrobe.

North-East people also admitted to wearing less than half of their wardrobe in the last six months (47%) and 10% confessed to still having clothes hanging up from the 80s.

BHF shops are urging the public to Bag it. Beat it. by having a clear out and donating their unwanted things to their local BHF shop to raise vital funds for congenital heart disease.

Debbie Boylen, BHF Regional Manager, says: “It seems it truly is the war of the wardrobe in households across the North-East.

“Instead of fighting over the space, we’re urging the public to put aside some time to have a clear out and donate bags of their unwanted items to their local BHF shops to Bag it. Beat it.”

An estimated 4,000 children with congenital heart defects, often limiting their physical ability and quality of life, have started school throughout the UK this year but nearly 400 of their potential classmates will have lost their life before reaching school age.

By supporting Bag it. Beat it. vital funds will be raised for further research.

Everyone can get involved by simply filling a bag with good quality clothes, shoes, books, handbags, DVDs, CDs, bric-a-brac and children’s toys and taking it into their local BHF shop.

To find your local BHF shop or to book a FREE collection for your unwanted items visit: bagit.bhf.org.uk or call 0800 915 7000.