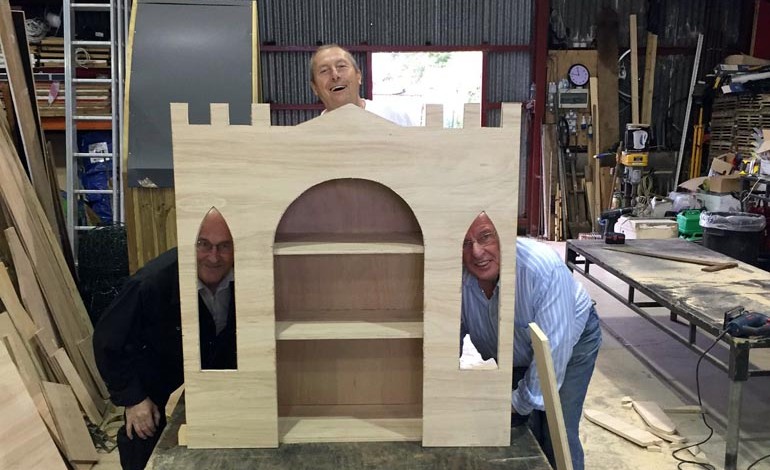 Volunteers at Greenfield Arts are once again working hard to bring lovely Free Little Libraries to the wider community.

The first library was installed at Greenfield Community College in February 2015 and its success has led to a second being installed at the Sunnydale Campus in Shildon to celebrate World Book Day.

It’s a fantastic resource which sees free access to books which are donated by the community and can be borrowed and enjoyed by all who come along to pick out a good read.

The project has now stepped up as New Writing North have commissioned the Cree volunteers to create 10 more libraries around the North East.

The Cree group is working alongside Richard Agar to realise the further installations.

Philip Clark, a longstanding member of the Cree group, said: “We’re all really pleased that we have been part of this since the first little library and we are all very proud that this has led to a commission of further libraries and that our hard work has been recognised.

“It really is an amazing achievement once again from an excellent team who should be congratulated on their hard work, creativity and commitment.”

The launch will take place on 10th August, 2016 in collaboration with the Durham Book Festival which will see another charming little library being installed at Palace Green in Durham.

The event, which is produced by New Writing North will launch its full programme on this day.

Anyone wishing to know a little bit more about Cree and Greenfield Arts can call 01325 379048.