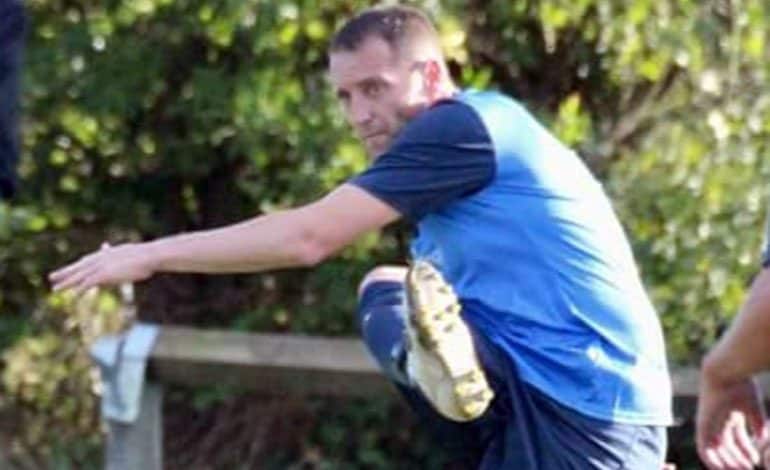 The Sports Club played host to Wear United from Sunderland in the County Cup at the weekend which saw them gain their fourth win in a row to go six games unbeaten.

Wear United, playing out of the Sunderland Sunday League third Division, came to Newton Aycliffe unbeaten so far this season.

But the Sports Club started quickly and after Sean Johnson shot just wide after five minutes it was leading goalscorer Kyle Allen that gave the hosts the early lead with a great long-range effort which curled into the top corner.

Stu Hacketts shot on 25 minutes came back off the bar and Darren Bosomworth’s strike also hit the post as the Sports Club maintained the pressure.

The visitors equalised on the half-hour mark when a corner drifted in and was forced home after some poor defending.

The second half was a very even affair with both sides trying in vain to clinch the winner to avoid a penalty shoot-out.

A free-kick to Aycliffe saw veteran centre-back Gareth Boyes volley home from eight yards out with what turned out to be the winning goal.

This win sees the Sports Club through to the next round and a well-earned away fixture to Stockton RSD on Sunday, October 7.

The Sports Club’s next two fixtures are both cup games so a break now from the league until mid-October.