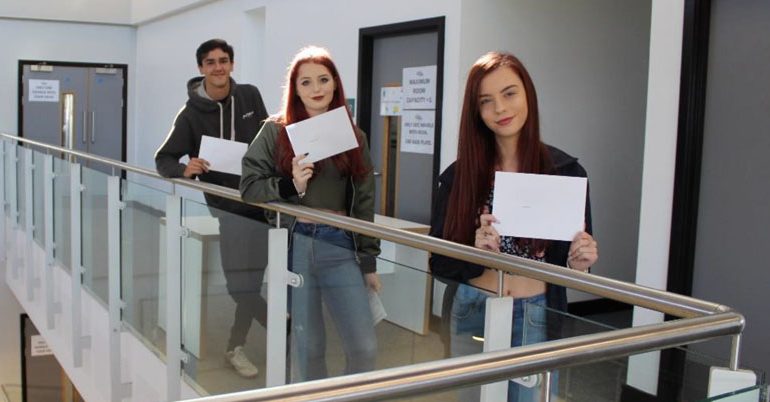 The majority of students are continuing into Sixth Form at UTC, studying either a Level 3 pathway of A-levels and equivalent qualifications, or the pre-apprenticeship Engineering Technician Programme.

Other students are enrolling with other post-16 providers in the region, and two students are joining the military.

A number of students have secured apprenticeships with companies based in the North-East, including Ethan Trebilcock who joins Teescraft Engineering as a Level 3 apprentice, and Oscar Stockdale who will be working for B&M Roofing as an apprentice.

Principal Tom Dower said: “It has been an incredibly difficult time for young people across the country, and we are so proud of our students not only for their results but for the professionalism and resilience they have shown over the past months.

“All of us at UTC South Durham would like to congratulate Year 11 on their results.”

All UTC A-level students passed and every student has secured or is in the process of securing employment, an apprenticeship (higher or degree), or a place of university.

All students who applied to university were successful and all are going to study STEM degrees, including Jack Clarke who is going to York University to read Engineering, and Thomas Shepherd who will study Product Design Engineering at Loughborough University.

Other students are starting apprenticeships (higher, advanced, or degree), including Kirsten Parr who is due to start a degree apprenticeship with accounting firm Ernst Young in Newcastle, and Felicity Nkomo who joins international design company Hanson as a degree level design apprentice.

This year, as exams were cancelled because of the pandemic, students’ grades were based on teacher assessments, supported with evidence of their work which was submitted to the exam boards.

Based on Aycliffe Business Park, UTC South Durham is a STEM focused school and Sixth Form for 14-19-year-olds.

It opened in September 2016 and focuses on engineering, technology, science and maths education for those who want to move on to careers in those sectors, either via university or directly into apprenticeships or employment.