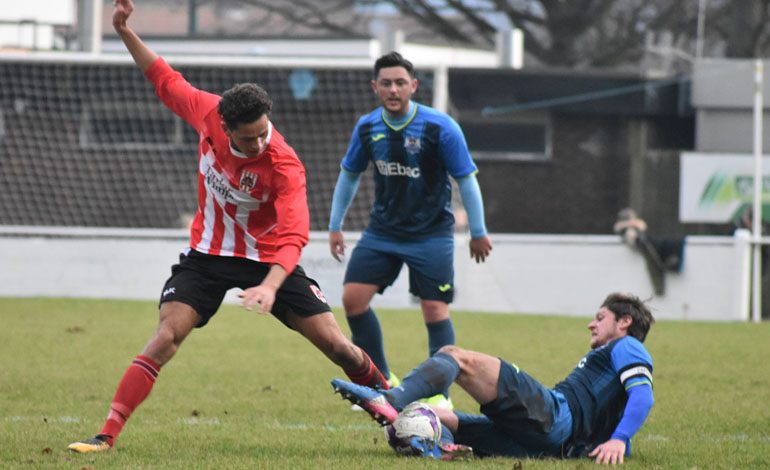 Newton Aycliffe stretched their unbeaten run to six games with a draw at Guisborough Town on Saturday – but should have taken all three points.

They fashioned the better moves and missed several good chances. Guisborough started brightly and had a good chance on nine minutes, but hit the side netting.

Aycliffe came into the game and on 12 minutes Craig Hutchinson got through one-on-one but shot straight at home keeper Nixon.

Kurt Matthews then had a couple of chances, putting a header past the post, and shooting straight at Nixon.

On 21 minutes, Aycliffe went ahead when Craig Hutchinson latched onto a loose ball in the box and fired it low into the corner.

Guisborough levelled in the 35th minute when Aycliffe failed to clear a corner and Steel fired it in for the home side.

Aycliffe had another one-on-one after 55 minutes when Jordan Roberts got through but he hit his shot straight at Nixon.

On 69 minutes Nixon pulled off a great save from substitute James Oliver who had directed his header well from a free kick.

New signing Jordan Jewson came on as a substitute and made some positive runs for Aycliffe. Guisborough had a late surge for a winner, but Aycliffe held firm, with man-of-the match Andrew Grant-Soulsby marshalling the defence well.

Aycliffe are due to go to third-placed North Shields on Wednesday night – their next scheduled home game is a local derby with Shildon on Saturday February 3.