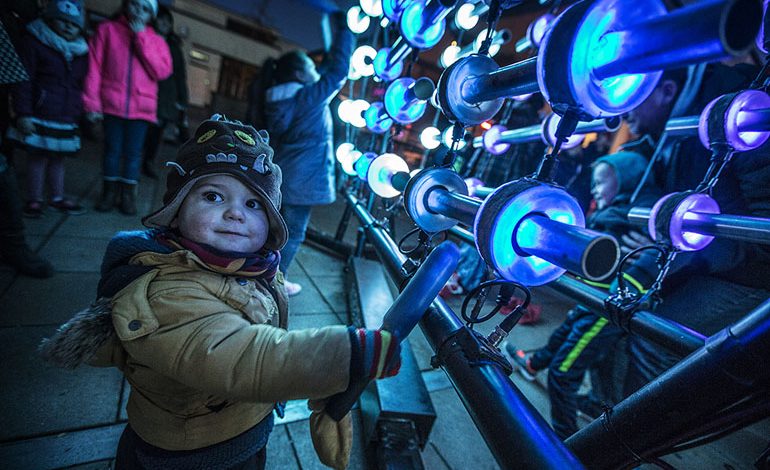 Durham is set to shine on the world stage again, with a call to deliver the most ambitious ever Lumiere light festival in 2019, featuring a selection of some favourites from the past decade of festivals.

Durham County Council’s Cabinet will be asked next week to re-commission Artichoke to deliver large-scale events in both 2019 and 2021, with community activities and legacy artworks in the years between.

If agreed the 2019 event, which would run November 14–17, would bring back a number of the most popular artworks from the previous five festivals to mark the event’s 10th anniversary.

Lumiere was established in Durham in 2009 and the 2019 programme is expected to wow the hundreds of thousands of people who flock to the biennial event and to ensure that the county is showcased on a global scale. It would feature a mix of some favourites and brand new artworks.

Members will receive the evaluation of last year’s Lumiere which attracted record 240,000 strong crowds, delivered the greatest ever community outreach opportunities involving 1,700 people across the county, provided volunteering opportunities for more Festival Makers than ever before and saw its regional audience grow significantly – securing the festival’s place as one of both regional and national significance.

Durham County Council’s Leader, Cllr Simon Henig, said: “The public’s love of Lumiere continues to grow and the evaluation of the 2017 event presents a compelling case to commission Artichoke to deliver the most ambitious festival we have ever hosted, featuring a selection of the most popular artworks from previous years.

“2019 marks a decade from the birth of Lumiere in Durham and it seems fitting to mark that in spectacular fashion, particularly as we anticipate the combined visitor numbers linked to previous editions will see us surpass one million next year.”

If agreed by Cabinet – the authority will allocate a £1.8m VAT windfall ring-fenced for cultural activity from the council’s culture and sport department to support four events – two full Lumiere light festivals interspersed with light-themed activities in the off-years.

This will, in turn, release an additional £1m from Arts Council England to support the festival. The balance would be, as usual, raised by Artichoke via partnerships, sponsorship and grants.

The evaluation report also outlines how well received the festival was with 90% of those surveyed by independent company Marketwise, saying the event is good for the city’s image.

It highlights the very significant economic impact, evaluated as more than £7.5m, the substantial value of media coverage which delivered Durham a high national and international profile and the strong social value of the event which saw Artichoke work with the council’s Area Action Partnerships to involve a record 1,000 local people of all ages and backgrounds in some of the installations.

In addition, 720 children and young people took part via the schools programme. Together these benefits represent a very considerable return on investment for the council and the county.