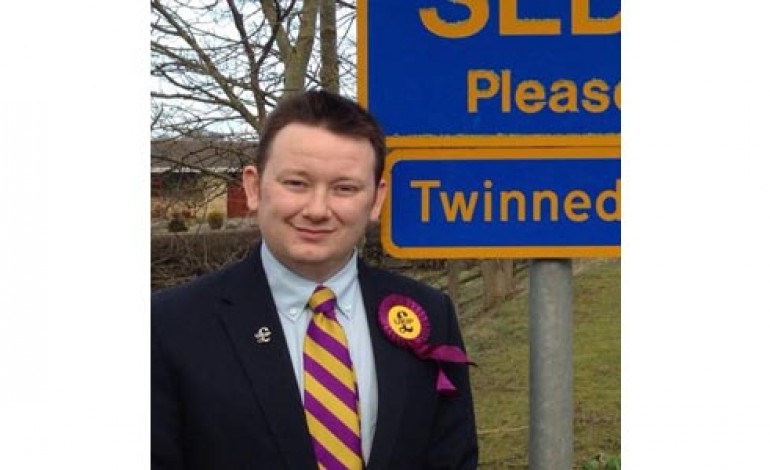 The UKIP candidate for Newton Aycliffe has sparked outrage after it emerged he said a female journalist “needs a good shag”.

John Leathley, who’s standing for the Sedgefield seat in the General Election on Thursday, also said that the well-known columnist Yasmin Alibhai-Brown “would love a big black thing up her a***” during his vile rant on Facebook.

The 23-year-old Durham University student made the comments in a UKIP members’ Facebook forum last November, as Ms Alibhai-Brown appeared on the BBC’s Question Time programme.

His sexist outburst began by saying “sleeping with women (when done properly) makes them crazy” and that Ms Alibhai-Brown “needs a good shag”.

A friend then said of the Muslim writer: “I’d stick a cannon up her a*** and fire her into Israel, see how long she lasts :D”.

Mr Leathley wrote: “She would love a big black thing up her a***”.

Mr Leathley, who has since apologised, can’t be disqualified from Thursday’s election because of the short timeframe.

He said: “The comments are just disgusting and I’m calling on Mr Farrage to disassociate himself from Mr Leathley.

“He should disown him. There’s no place in Parliament for this type of language – it’s a disgrace to public life.”

Mr Leathley – who had previously blamed recent river deaths in Durham on students or “a serial killer”, describing the situation as “retarded” – has since apologised for his comments.

A statement issued in his name by UKIP, which spelt Ms Alibhai-Brown’s name incorrectly, said: “I would like to apologise unreservedly to Yasmin Alibahi Brown.

“I read what I wrote now, I am shocked by them and am appalled and deeply ashamed of my words.

“The comments were made during a private conversation in the evening clearly were never meant to be publicly released, and they should never have been said.

“I am very sorry and regret deeply being so coarse, it is out of character but no more excusable for that.”

Ms Alibhai-Brown reacted angrily to the comments and subsequent apology.

She told the Mirror: “If this is what people who go into public life are going to be like then God help us.

“I saw the apology and of course I’m not going to give any credence to it at all. You don’t apologise because you are found out.

“Was he drunk or on drugs? If he wasn’t, then what he said was absolutely appalling. It’s sexist, it’s racist, it’s violent.

“And for what? Because I’m a public figure? What gives this guy permission to do this?

“I’ve always said UKIP was the nasty party and we find out again and again with incidents like this.”

• There are five candidates for the Sedgefield seat in Thursday’s election. They are: Stephen Glenn (Liberal Democrats), John Leathley (UKIP), Greg Robinson (The Green Party), Phil Wilson (Labour) and Scott Wood (the Conservatives).