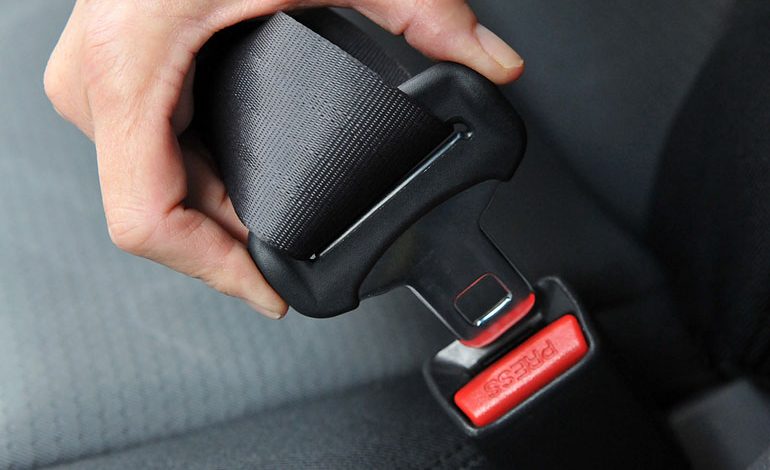 Roads policing officers across Durham and Cleveland will crack down on those who don’t wear seatbelts during a two-week long campaign.

Starting on Monday, March 11, officers will carry out enforcement action to target drivers and passengers who are not wearing seatbelts, as well as educating them on the dangers of ignoring the law.

Legislation states that drivers are responsible for ensuring that suitable safety restraints are worn by all passengers under 14 years old. Children must use an appropriate child car restraint for their weight until they are 135cm tall, or their 12th birthday, whichever is first.

Passengers over 14 are responsible for wearing their own seatbelt and can therefore face prosecution.

Last year, 228 drivers were issued with fixed penalty notices across Durham for not wearing their seatbelts. 30 passengers were also found not to be wearing seatbelts, of these, three were under the age of three.

Inspector Jon Malcolm, from Cleveland and Durham Specialist Operations Unit, said: “There is absolutely no excuse for not wearing a seatbelt, but all too often our roads policing officers have to deal with crashes where the simple act of wearing one could have saved someone’s life.

“In a crash you would be twice as likely to die if you are not wearing a seatbelt. Not only is it criminal but it is totally unacceptable and it costs lives.

“If you travel in a vehicle and do not wear a seatbelt, you are not only putting yourself at risk, but other road users as well.

“We want to keep drivers and passengers as safe as we possibly can and reinforce the message that children are especially vulnerable.

“Seatbelts are fitted for a reason and the actions we are carrying out over the next two weeks should remind drivers why that is.”

Ron Hogg, Police, Crime and Victims’ Commissioner for County Durham and Darlington, said: “For most people it’s normal and natural to put a seatbelt on the minute they get into a vehicle. I strongly support this campaign, which will really contribute to making the roads safer for all road users.”

Police and Crime Commissioner for Cleveland, Barry Coppinger, said: “This campaign is one of many road safety campaigns that I support, as reducing road deaths and casualties is one of my priorities. Any enforcement or educational activity to raise awareness of wearing a seatbelt is significantly important and it is such a simple way to save someone’s life.”