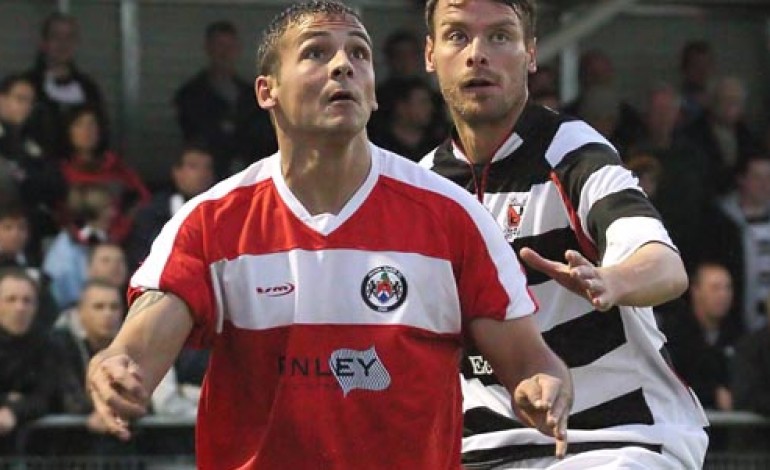 The Newtonians claimed a hard-working but much-needed win at Wearside League side Willington to book a first round home tie with second division side Esh Winning.

Mellanby was given his marching orders early on for foul and abusive language, and Oliver was sent off for kicking out late on.

But luckily for the visitors, striker Danny Earl (pictured above in action against Darlington 1883 earlier this week) scored in the first-half to ensure Allan Oliver’s side progressed to the next round.

It’s Aycliffe’s first triumph in the FA Vase at the third time of asking after last season’s replay loss against Shildon, and their debut defeat at West Allotment two years ago.

They will play second division side Esh Winning at Moore Lane Park on Saturday 13th October (3pm) in the next stage.

First round draw involving Northern League clubs is as follows: