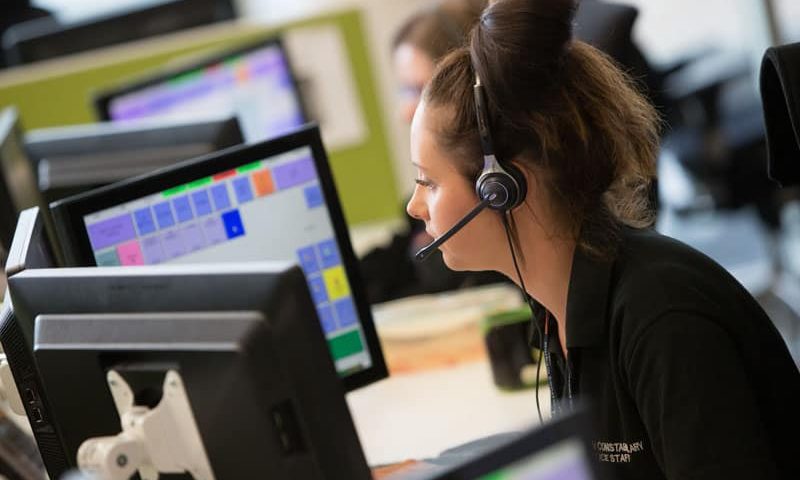 Erica Brown and Demi Haggar have been named finalists in the APD Control Room Awards which recognise the extraordinary commitment and selfless service to the public provided by control room heroes across the country.

The fourth annual event is being held virtually this year and will celebrate the inspiring work of control room teams and individuals on May 14.

Entries were received from nearly 100 organisations across England, Scotland, Wales and Ireland and almost 500 control room employees were nominated individually or as a team member.

The event will feature 11 awards, including the Community Champion Award, which will be chosen via an interactive vote by those participating in the event.

The shortlisted entries were selected by a panel of judges with extensive experience of working in or with the emergency services and critical control organisations.

Ms Brown and Ms Haggar will be representing Durham Constabulary after being nominated for Community Champion and Control Room Ambassador of the Year, respectively.

Ms Brown was nominated for work she has done internally and externally to raise a significant amount of money for charity over the last few years.

She has raised more than £10,000 through different activities with everything from tuck shops and bake sales in police headquarters to organising a Coast to Coast bike ride.

Ms Haggar, who is brand new to the role, impressed organisers after launching a new female football team; seeing an opportunity to promote some of the force’s main priorities – Wellbeing and Inclusivity.

T/Chief Inspector and Head of the Force Control Room, Andrea Arthur, praised both women for their dedication to their roles.

She said: “Both Erica and Demi are fabulous contributions to our control room and always work really hard to go above and beyond to serve their communities in what is a challenging and integral part of the force.

“They are very deserving of their nominations and I, as well as everyone at Durham Constabulary, wish them all the luck on the night.”

Rhiannon Beeson, Director of Control Room and founder of the Control Room Awards, said: “These awards bring to the forefront truly extraordinary examples of professionalism, resilience and skill by control room operators and teams who go above and beyond, day after day, to serve and protect the public.

“The past year has been one like no other, with the global pandemic applying new pressures to control room employees. Critical control rooms around the UK deal with extreme highs and lows.

“Fire, ambulance, police and coastguard, to name but a few, take thousands of life-saving calls a week. And, while, they may say they’re doing their job, here at APD we think this is a community of key workers worth recognising and it is such a privilege to be a small part of that.”

Interested in becoming a call handler? Recruitment for Durham is open until Friday, April 30.

For further details and find out how to apply visit durham.police.uk/…/Police-call-handler.aspx.