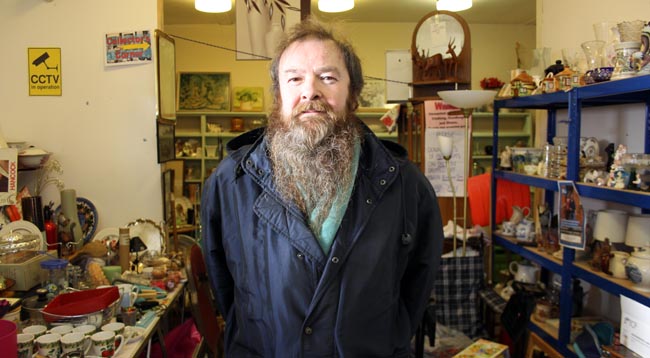 “Honest John”, as he was affectionately known, died last Friday (February 28) after being taken to hospital.

The charity champion had only recently announced his retirement from fundraising after raising an estimated £200,000 for local clubs and voluntary groups over the last 12 years, from his famous bric-a-brac stall.

Sedgefield MP Mr Howell said: “I am so sorry to hear of the passing of Honest John. He will be very sadly missed.

“His efforts that started at such a small scale to help and give back to his own community then continued and grew so much so that he was able to directly assist local charities and positively affect the lives of many local residents.

“He was always humble, unassuming and thinking of others. The more people we have in this world that strive to be like John and follow his example in life, the better a place we will all be in.”

“Nearly everyone on the town will have benefited – or knows someone who has benefited – from his fundraising over the years.

“He’ll be forever remembered as one of Aycliffe’s greatest.”