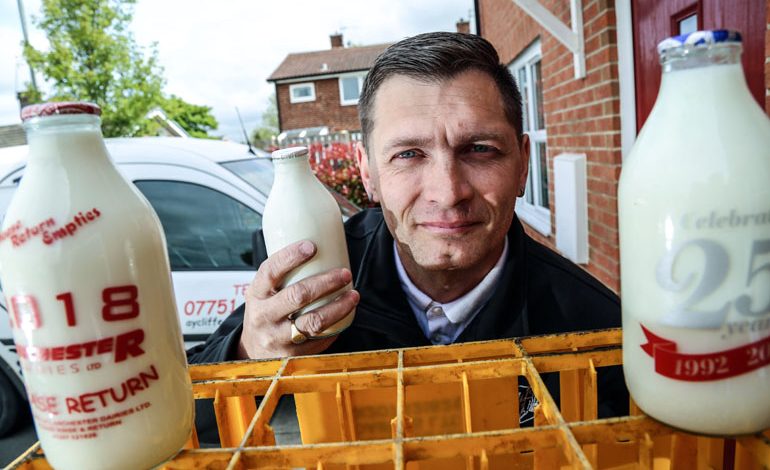 A traditional milk service has returned to the streets of Newton Aycliffe – and businesses are now getting a piece of it.

Local businessman Russ Gibson launched Aycliffe Dairies in April after local research carried out on social media saw a demand for the service.

And just over a month since starting the business, he’s already delivering almost 1,000 glass bottles of milk and juice a week to customers in Aycliffe and surrounding areas.

The 36-year-old is now also delivering to some local businesses who have been quick to see a nostalgic return of the traditional morning milkman, which started to fade from our streets in the 1990s.

As well as amassing 200 residential customers already, Mr Gibson is now providing milk and cream to Jackson’s Coffee Shop and Sabre Rail on Aycliffe Business Park, as well as the Bay Horse in Middridge and Horndale Infant’s School.

It has been claimed the war on plastic waste could spark the return of the neighbourhood milkman as figures showed demand for milk in glass bottles is on the rise.

But that could soon change, as milkmen are reporting a rise in demand for traditional glass bottles with consumers appearing to boycott the plastic alternatives.

Mr Gibson said: “I was a milkman for many years and unfortunately due to supermarkets selling milk cartons cheaper, glass milk bottles became unpopular which made your traditional milkman unable to compete with the supermarkets. 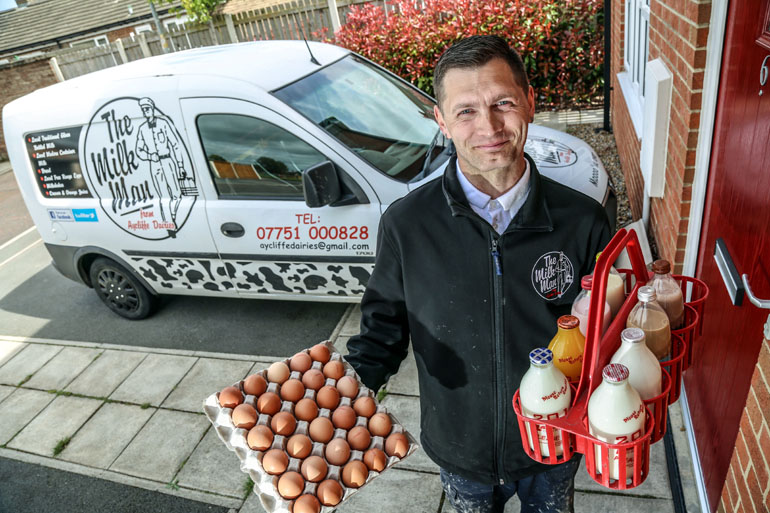 “But now recycling is a big thing in all areas and the milk cartons are made of various different plastics which makes them difficult to recycle, which has spurred consumers on to look for an alternative, such as the glass bottle which is 100% recyclable.

“This has led to a rise in the demand for the traditional door step milk man service.”

He’s also sourcing all of his supplies from within the County Durham area – his milk is from Lanchester Dairies – and retailing at 56p for a pint of milk, it’s no wonder his doorstep service is proving popular.

“The feedback we’re getting is fantastic,” he added. “Some people just want to see a nostalgic return of the milkman and some people want to make an environmental statement.

“But I think the overriding message is that the milk is sourced locally and delivered to your door on a morning at a reasonable price, which people have really missed.”

As well as delivering glass bottles to residents, Aycliffe Dairies can deliver larger quantities of milk to businesses in recyclable plastic bottles, as well as other products.