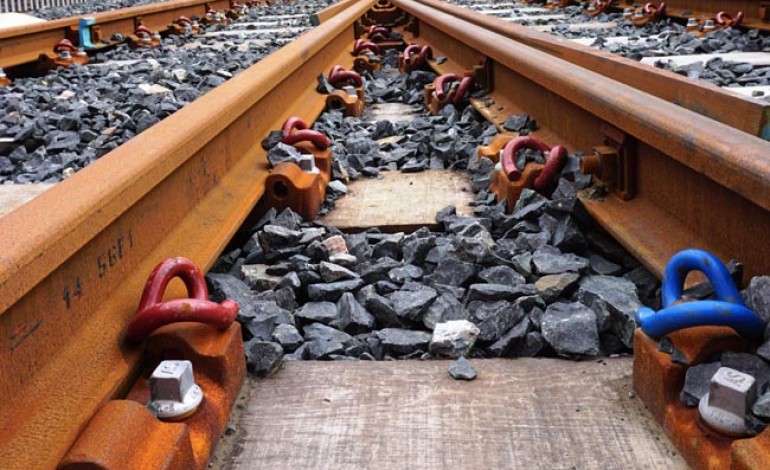 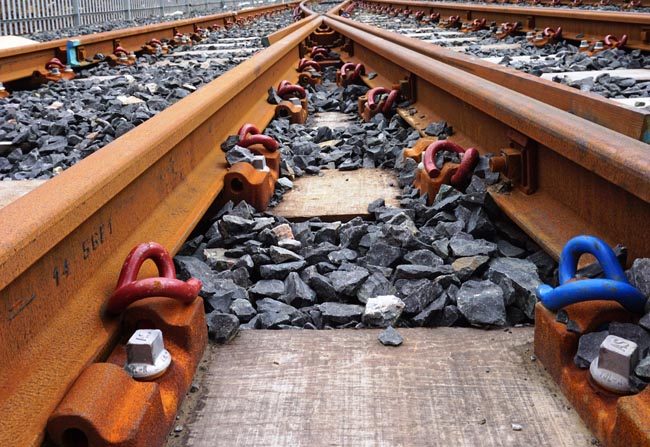 The final track component was installed at Hitachi Rail Europe’s train-building site this week, connecting the factory with the rail network for the first time.

Network Rail, Story Contracting, Volker Rail and Hitachi turned the last Pandrol Clip at the Aycliffe Business Park site, which will soon start delivering the next generation of high speed rail carriages to the UK.

The final Pandrol Clip, a rail fastening, which is used to fasten rails to railway sleepers, was the final installation of 35,000 fixings that Story Contracting have installed on behalf of Network Rail and symbolises the completion of track works and the connection of new track to Hitachi’s Rail Europe’s Facility.

The project has also seen the installation of 7,000 metres of sidings and a new 1km long overhead electrified test track, along with the reconfiguration of the existing branch line and its connection to the site.

Expected to be completed by mid-2015, work will now concentrate on finalising the interior fit-out of the facility, which has already started. 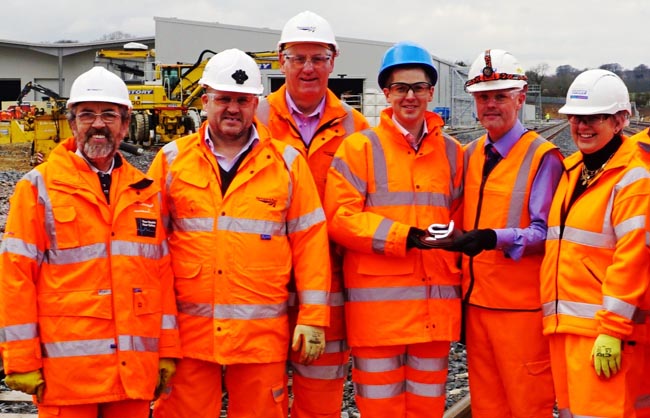 “The Intercity Express Train will bring a step-change for passengers, enabling more and faster journeys.

“This facility is an achievement in itself and will continue to bring economic benefits to the north east as well as maintaining the region’s proud rail heritage.

“I would like to thank Merchant Place Developments, Story Contracting and the many suppliers for all the hard work they’ve put in to reach this stage. Work to finish the signalling and power will complete later this year.”

Once completed, Hitachi’s factory will be the base for the construction of the new Great Western Main Line and East Coast Main Line trains the company is building for the UK Government’s Intercity Express Programme (IEP), as well as the new AT200 trains for Abellio’s ScotRail franchise.

Rail Minister Claire Perry said: “We are investing record amounts in our railways as part of our long-term economic plan.

“Connecting the Hitachi train facility at Newton Aycliffe to the track is a key step in roll out of the InterCity Express programme, which will create hundreds of jobs locally and thousands more across the UK supply chain.

“The trains made here will transform passengers’ journeys in the south west and north, with more seats on each train, more services, reduced journey times and improved reliability.”