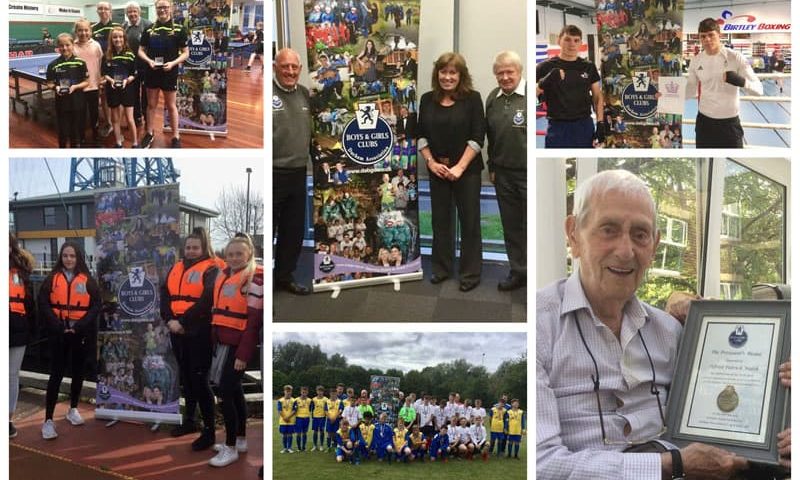 The Durham Association of Boys and Girls Clubs (DABGC), which has produced scores of national and international sporting champions over nearly 90 years, has been honoured with one of the country’s most prestigious accolades.

A Buckingham Palace announcement in the London Gazette confirmed the association – whose volunteers have helped legions of youngsters across County Durham, South Tyne and Wear and Tees Valley to fulfil their dreams – will receive the Queen’s Award for Voluntary Service.

It is the first time in the UK such an honour has gone to an affiliated full member of the National Association of Boys and Girls Clubs.

DABGC chairman David Orford, Durham’s deputy chief constable, said: “This award is a great honour for the association and reflects the hard work and dedication over many years from staff and volunteers.

“The sports and activities they have provided for young people have produced world class athletes and champions. They are our future and this award is for them.”

The success of twins Luke and Pat McCormack has served to underwrite the success and spirit of past and present members.

The 24-year-old duo, from Birtley, are both former national association boxing champions and are no strangers to World and European competition.

They are currently isolated in a training bubble in Sheffield where boxing’s final selections for Team GB for this summer’s Tokyo Olympics will be made.

One man described as a “model volunteer” will, however, be missing from the team officiating in Japan. Durham garage proprietor, James Colling, a one-time teenage national athletics champion, now serves as a DABGC board member As one of the world’s top athletic officials – he was involved in the London and Brazil Olympics as well as a wide range of other world and European events – has been side-lined by current Covid-19 travel restrictions.

The organisation, launched in 1933, has just three part-time members of staff but are backed by a volunteer network of 600 male and female young leaders and coaches to plan, deliver and support a wide range of physical activities and sports programme to more than 5,000 young people, aged between 8 and 21, who attend the 75 clubs in the association.

The oldest living volunteer is 102-year-old Alf Walsh from Hartlepool a long serving athletics timekeeper for both the Durham and National associations, as well as his home town’s Burn Road Harriers.

His official links with the Harriers ended when he reached his 100th birthday and stepped down as their honorary life president. He last officiated at an event four years earlier and now lives in the Rossmere Care Home in Hartlepool.

The majority of DABGC members are with clubs in areas suffering from social deprivation, disadvantage or isolation and they look to support each other to engage in well planned county events.

Long regarded as an outstanding sporting county many members have gone on to compete in regional, national and international events.

“The youngsters have been given access to opportunities and experiences they could only have dreamed of – taking them out of their comfort zone and opening doors to greater opportunity,” said former police officer Alan Watson, now a DABGC executive youth officer.

“The association has a long history generating high levels of respect and goodwill within their communities and many parents return to volunteer at clubs where they were once members.”

Volunteers are offered training and opportunities to develop their skills as coaches through long-standing links to UK football, athletics and boxing associations, as well as first-aid training.

The organisation has recently been publicly recognised with awards from Durham’s Lord Lieutenant and High Sheriff for the Covid-19 work of its youngsters who delivered regular food parcel services to their local communities.

In addition it received the recently awarded Quality Mark, the only specifically recognised standard for youth organisation within the UK.