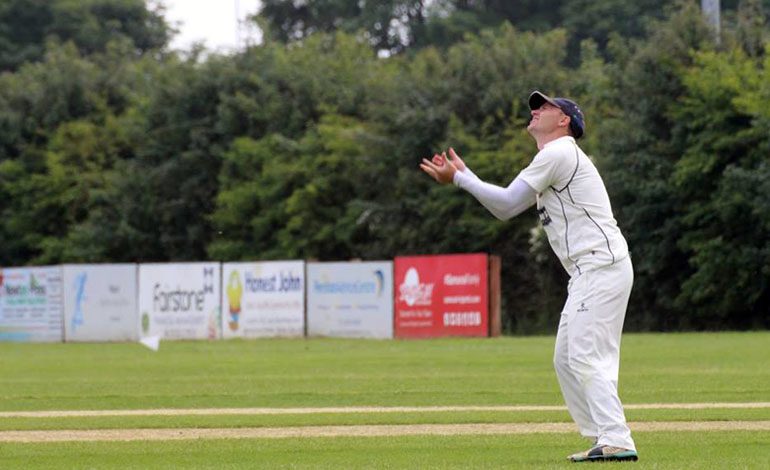 Newton Aycliffe’s 1st team won their third consecutive game with a comfortable six wicket victory away at Maltby firsts.
Adam Gittins (sponsored by Pheonix Energy, pictured in action above) was given the man-of-the-match award after his patient unbeaten innings of 26 from 52 balls, including four boundaries, helped to see Aycliffe home to victory. Also earlier in the game, Adam held onto three excellent catches during the Maltby innings taking his seasonal total to 21 catches, which is a new first team record for the most outfield catches in a season.
The win consolidates third place for Aycliffe, 21 points behind 2nd place Middlesbrough in the second division table with just five games to left to play this season and still in with a chance of promotion.

Aycliffe’s young second team continued their recent good form with a dominant display which unfortunately ended as a high scoring draw at home to Maltby 2nds.
Lewis Gimple was the man-of-the-match after a superb all-round performance, top scoring in the Aycliffe innings with 61 off 63 balls faced, including 11 boundaries and then in the Maltby innings, he finished a marathon spelling of bowling with the excellent figures of 3 for 21 from 12 overs.
The second team’s recent good run has seen them climb up the fourth division table and they now sit in 5th place with 143 points and they have just four games left to play this season.