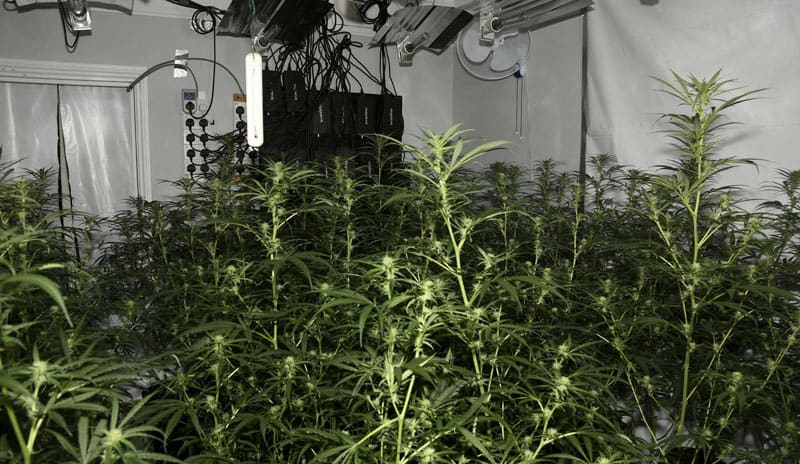 Three men who ran and controlled several county-wide cannabis farms – including an address in Newton Aycliffe – have been jailed.

The farms, which combined turned over £2m each year, were shut down in April 2021 following a protracted 10-month covert operation.

Six addresses were targeted in the raids which included: Fallow Road in Newton Aycliffe, Nevilledale Terrace in Durham, Holly Park in Durham, Frederick Street North in Meadowfield, Newtown Villas in Sacriston and Mitchell Street in Birtley.

Search team officers also discovered several passports which were later identified to be owned by a group of Albanian men who tended to the grows.

The seven men were arrested in 2020 and early 2021 and are currently serving a combined 10 years in prison.

The upper level of the gang appeared at Durham Crown Court and pleaded guilty to being concerned in the production of a class B drug and money laundering.

Arber Ganoshi, 27 from Park View, Gateshead, pleaded guilty to being concerned in the production of cannabis and received 39 months imprisonment.

Elidjon Pashallari, 27, from Sunderland Road, Gateshead, pleaded guilty to being concerned in the production of cannabis and received 48 months imprisonment.

Edlir Ganoshi, 32, also from Sunderland Road, Gateshead, pleaded guilty to money laundering and received 10 months imprisonment – all three men of Albanian nationality will be deported following their release from prison.

Detective Inspector Graham Low, who led the operation, said: “I am really pleased with the outcome, which is the culmination of 10 months of hard work by a dedicated team of officers.

“I hope this result sends a clear message that we will take action to dismantle, disrupt and destroy these gangs.

“I’d like to thank those members of the public who came forward and provided us valuable, key information which ultimately led us to the addresses and allowed us to uncover the network.

“I would encourage anyone with information about drug dealing to contact us or Crimestoppers anonymously on 0800 555 111.”