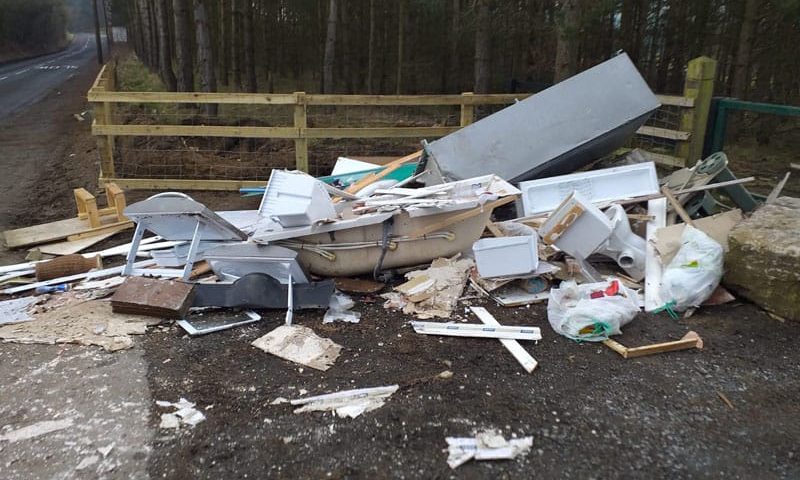 A County Durham man has been fined over £1,200 for his part in a fly-tipping offence and transporting controlled waste without a license.

Durham County Council took legal action against Paul Harnett, 61, of Auckland Terrace, Shildon, after he was found to be incorrectly transporting controlled waste on a number of occasions.

In July, Peterlee Magistrates Court heard that, in March this year, Harnett took scrap metal to the Northern Metal Recycling centre in Shildon and received payments to his personal bank account for these materials.

On 1 March, Harnett twice visited the centre and weighed in a combined total of 1.3 tonnes in mixed scrap metal, for which he received a payment of £314.20.

Harnett visited the centre again on 23 March, where he weighed in quarter of a tonne of mixed metal and was paid £41.60.

An investigation into these offences carried out by the council found that Harnett was not listed on the Environment Agency Register as a waste carrier, and therefore did not have the required license to transport controlled waste and dispose of it at Northern Metal Recycling.

Harnett did not attend the hearing and was fined a total of £484, and a warrant was issued to bring him to court.

Harnett appeared at Newton Aycliffe Magistrates court this week charged for his part in a fly-tipping offence.

In March this year, the council’s neighbourhood wardens received a report that waste had been fly-tipped next to land in Gurney Valley, near Coundon Grange.

CCTV footage of the area showed a blue Ford Transit Tipper arriving at the site, where the tailgate was opened to deliberately let the waste fall to the ground as the vehicle drove away.

The vehicle was later located at Harnett’s address and subsequently seized by the neighbourhood wardens with the assistance of two constables from the Shildon neighbourhood policing team.

Harnett pleaded guilty to the charge of permitting or causing the deposit of the fly-tip, through use of his vehicle. He was fined £734 and the vehicle was forfeited.

Oliver Sherratt, Durham County Council’s head of environment, said: “Disposing of waste by fly-tipping not only causes serious environmental damage, but also significantly impacts our countryside that so many people enjoy, and we work hard to maintain.

“It is vital that people make sure they dispose of their waste properly at the correct sites and with the appropriate license permits. Failure to do so will result in an investigation being carried out and, as this case shows, legal action will be taken against those who have a part in this activity.”