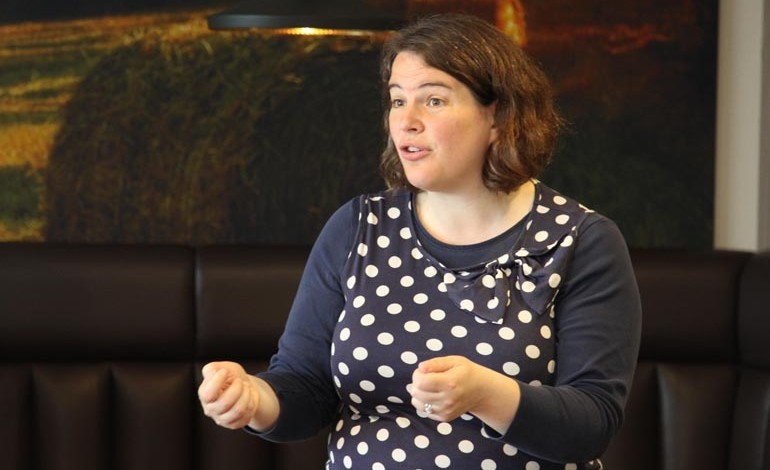 One of the North East’s three European MPs says Thursday’s referendum is a “decisive moment” for Newton Aycliffe.

Jude Kirton-Darling, who was elected to the European Parliament after succeeding Stephen Hughes two years ago, has told Aycliffe Today that many companies are only here because of the single market.

Aycliffe has the biggest business park in the North-East, home to more than 300 firms and almost 10,000 employees.

And she fears a Brexit will stop Aycliffe firms like Hitachi and Gestamp Tallent from investing here in the long-term.

Kirton-Darling told us: “I think Thursday is going to be a really decisive moment for Newton Aycliffe.

“A lot of people locally and in Westminster and the unions have fought hard to bring investment to Newton Aycliffe.

“Hitachi is shining example, but there are lots of other companies that have invested in the area, because of the efforts by Durham County Council and the local community to pull in that investment.

“The vast majority – the likes of Gestamp, Hitachi, 3M and others – are here because we’re part of the single market, and their future investments would be in doubt.

“Nobody wants to scaremonger, but we’re talking about a lot of jobs and we need to be creating more jobs, so it’s a massive decision for Newton Aycliffe and I hope the local people aren’t sold the lies that are being spun in the media, and see what’s going on in their own town and business park.”

Kirton-Darling, 39, was born in Tanzania but moved to Middlesbrough when she was young before studying History at Sheffield University.

She began her career working for Quakers in Europe on human rights policies before she went into politics as a researcher for the European trade union movement.

Kirton-Darling then started representing steelworkers across Europe before she was elected, by 60 million workers around Europe, confederal secretary of the European Trade Union Confederation in 2011.

She succeeded Hughes in 2014 after he’d spent 30 years in the post and is now one of three North East MEPs – two of which are Labour and one UKIP.

Kirton-Darling added: “Fundamentally this is about North East jobs – 160,000 jobs across the region.

“We’re a net beneficiary in terms of public and private investment as a result of our EU membership, and that supports our entire regional economy.

“It’s also about rights – rights at work, rights as women, rights as consumers.

“These things are crucial and underpin our situation today, but it’s also about the future and ensuring a fair economy and more jobs for the long-term.”