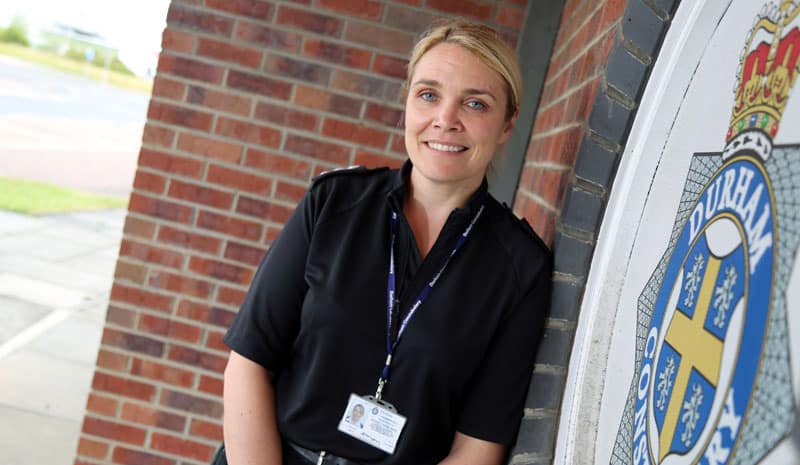 Inspector Sarah Honeyman said officers are doing all they can to tackle the problem as new figures emerged showing Durham Constabulary has the lowest level of knife crime of any county force in the country.

Data released by the Home Office shows that in the 12 months ending in September 2020, there were 150 recorded offences in Durham Constabulary force area which involved a knife, around 2% of all crimes.

Only the City of London Police, which covers the square mile in the capital, recorded fewer offences.

Across England and Wales, knife crime made up for around 6% of all offences.

During the 12-month period, a total of 15 robberies were recorded in the Durham Constabulary area, of which seven involved use of a blade.

Insp Honeyman, Durham Constabulary’s lead for knife crime and former Aycliffe NPT sergeant, said: “Even one knife crime is one too many.

“By carrying a weapon you are putting yourself in much greater danger and are more likely to become involved in violence and potentially get injured yourself.

“We’re doing all we can to eradicate knives from our streets and that’s why we’re pleased that the number of incidents in our area are comparatively low and are falling.

“We will always do everything in our power to tackle knife crime and will continue to do so because there is no place for knives on our streets.”

The figures, compiled by the independent Office For National Statistics, include part of the period covered by the Coronavirus restrictions.

However, comparative figures for the year ending September 2019, before the pandemic began, show a similar picture. During that 12-month period, Durham Constabulary had 197 offences involving a knife, again around 2% of total offences: the second lowest knife crime figures in England and Wales, behind Gwent.

Over the last decade, the incidence of knife crime has halved, from a high of 316 incidents per year in 2011.

In recent years, Durham Constabulary has taken part in national knife amnesties to take weapons safely off the streets. Officers have also carried out education programmes in schools to advise the next generation of the dangers posed by knives.

Police have also teamed up with local partners and worked with retailers, including test purchase operations, to prevent knives falling into the hands of children.

Anyone with information on knife crime is asked to ring Durham Constabulary on 101 or Crimestoppers anonymously on 0800 555 111.