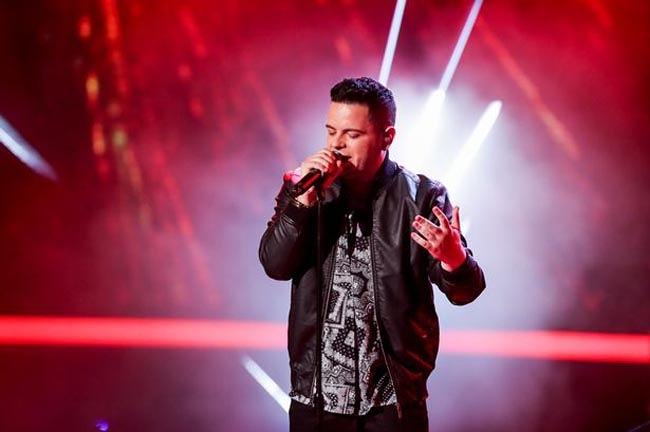 What a first week of live shows! I spent the week itching to know who had been given any extra shot in the competition and was hoping to see Kerrianne Covell back – unfortunately that was not the case though.

Other judges chose the four wild cards and the first we saw was Louis heading towards a house where Lola Saunders answered the door. Next up, Cheryl picked Stevi Ritchie for the Over 25s – is she playing the game knowing that he’s a great entertainer but not good at singing?

Simon called Jack Walton, who I was glad to see back in the competition and finally Mel B video-called Overload to give them the good news.

With a double elimination on the first week, everyone was hoping not to be the first out but soon 16 would become 14.

Paul Akister opened the show and didn’t show off his powerful voice as well as he could have. He sang Ella Henderson’s Ghost but I’m more than sure he could have done a lot better.

Next up was Lola Saunders singing Stay With Me by Sam Smith. The theme for the week was number ones and it was obvious this song had to be in there but after far too many audtionees singing the same, perhaps the X Factor had seen enough of Sam Smith? It was a decent performance nonetheless, but what was she wearing? A red dress with a train long enough to upstage any wedding dress was definitely the wrong choice.

Overload Generation, another wild card act, came next. With a new name I was hoping they’d show they should have been there all along. It was very much the opposite though they lacked originality as they sang I Kissed A Girl and weren’t as good as I remembered.

Hoping Jay James would show us how it’s done, he sang Paloma Faith’s Changes and smashed it with his soft but controlled voice. It was a big risk but it was so worth it and he’s still one of my top choices.

Stephanie Nala came next with a whiney song and Simon said she’s not suited to being a solo artist after coming from The Luminites who performed on Britan’s Got Talent.

Mel B has got to have a winner this year, with another amazing performance from the boys, Jack Walton sang Rhianna’s Only Girl In The World with his guitar. The song was amazing and had a unique twist making it almost unrecognisable. Simon picked a good one to bring back into the competition.

Chloe Jasmine and her posh voice were up next; you already know my thoughts on her by now. I just don’t understand the obsession with her and after all the bad press this week I’m finding it even harder to like her.

Stereo Kicks, the 8-piece boy band performed next and I have to say, I’m not that keen on the name. Although I’m a fan, I can’t help but wonder if eight is too many – it wouldn’t surprise me if after the competition they halved in number.

The entertainer of the show, Stevi Ritchie, perked up the crowd with a lively version of Livin Da Vie Da Loca before Lauren Platt settled them to silence with an amazing rendition of Happy by Pharrell Williams. There were balloons everywhere and she looked so mature to say she’s only 17.

Blonde Electra were next with green eyebrows a circus-like performance of Kids In America. Not good girls!

Two more boys next, Ben Haenow and Jake Quickenden, who were both good but probably could have pushed the boat out a little more and taken more a risk.

Fleur East, a late bloomer in the competition sang All About That Bass and I love her unique young vibes. But next were Only The Young, my ultimate favourites since the first episode! Singing a mash-up of Jailhouse Rock and Twist and Shout, they were so lively and the chemistry between them is so natural.

Finally, an amazing close to the show with Andrea Faustini, the Italian pug lover who could easily win the competition. He sang Earth Song by Michael Jackson and couldn’t have pulled it off any better.

Sunday’s brought the night they’d all been dreading – for two acts it was the end of the road. Pharrell Williams and Taylor Swift sang their new songs before the all-important votes were announced.

First to leave the competition with the least votes was Blonde Electra which Overload and Stephanie Nala fighting for their place in next week. With a sing off that wasn’t up to scratch, the final vote was taken to deadlock after the judges couldn’t come to a decision between them.

Leaving the competition with the second least amount of public votes was Overload.

There’s so many acts I like and just as many I don’t, it’s too early to call a winner but I’m looking forward to performances from Maroon 5 and Jessie J next Sunday. Who are you voting for?