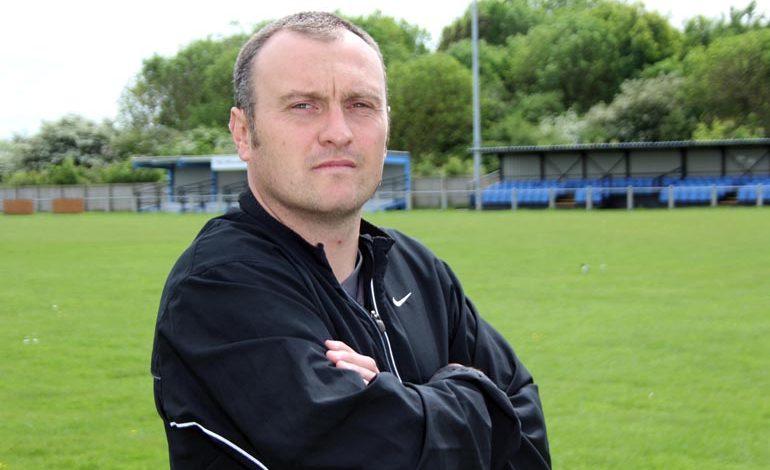 Dan Mellanby says he’s more prepared to manage his hometown club after taking over in the dug-out along with Deano Browne last week.

They both took over as joint-managers this week after Peter Dixon’s departure – and are due to take charge of their first game at home to Guisborough Town on Saturday (3pm kick-off).

Mellanby had a brief spell in charge at Aycliffe during a pre-season two years ago before having a change of heart over the role.

But after management spells at Northallerton Town and Marske United, he now feels the time was right to return to Moore Lane Park.

“I have more experience under my belt now and I think both Deano and myself can steady the ship after a difficult period,” Mellanby told Aycliffe Today.

“It hasn’t been an easy time for the club and everyone connected, so it has just been a case of getting in and trying to calm things down a bit.

“Deano is very well thought of as a coach and I worked with him for a few years with the Martin Gray Football Academy – we always worked well together then and I always thought we’d end up working together in football again.

“I think he’ll bring a lot to the club and we’re both looking forward to the challenge.”

Chairman Allan Oliver moved to bring in Mellanby and Browne after Dixon was sacked following an incident after Aycliffe’s FA Vase defeat at home to Morepth two weeks ago.

Mellanby said: “That’s history as far as we’re concerned and we need to move on.

“Peter did a great job for the club during his time here. He achieved our best ever season last season by winning the Durham Challenge Cup – Aycliffe’s most prestigious cup win – and went as far as we ever have in both the FA Cup and FA Vase, and you can’t argue with the stats.

“But it is what it is and Allan wanted to bring in both me and Deano, something the club has never tried before, and initially it’s our job to just steady things and hopefully pick up some good results between now and the end of the season.

“For now it would just be good to see more people through the gates and getting behind their town’s football club.”

Aycliffe’s game at home to Guisborough on Saturday kicks off at 3pm.