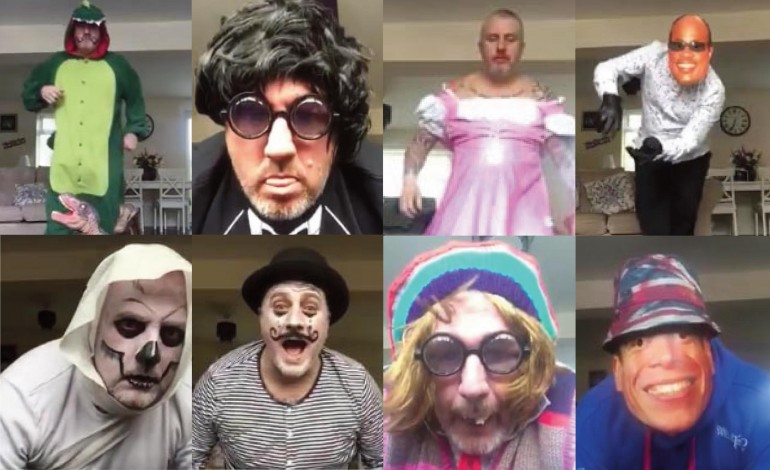 A madcap music-lover is taking social media by storm mimicking famous people as he takes on the 22 push-up challenge.

Newtonian Tony Norton was nominated to take part in the phenomenon which has swept across the Atlantic from the US.

It involves people doing 22 push-ups a day for 22 days on social media, to raise awareness of army veterans who take their own lives.

The challenge was started by #22KILL, a campaign group based in the US, and they’re hoping to reach 22million push-ups worldwide.

Even though there is a serious side to the challenge, many people are finding different ways of carrying their daily routine.

And Rory Bremner wannabe Norton has so far pulled out all the stops after completing his 11th challenge on Wednesday evening dressed as actor Warwick Davis, with Duffy’s Warwick Avenue playing in the background.

Other hilarious stunts have included a bad taste outfit as he danced along to David Bowie’s Fashion and a dinosaur suit as he jigged in his living room to Walk the Dinosaur by Was (Not Was).

“He must be running out of ideas by now,” insisted one of his friends.

“Not sure how he is going to top this lot though,” said another. “I can’t wait for tomorrow’s instalment.”

Norton has another 11 days of push-ups to do before completing the challenge.

And his Facebook followers are keen to see who’ll be next on his hit-list.