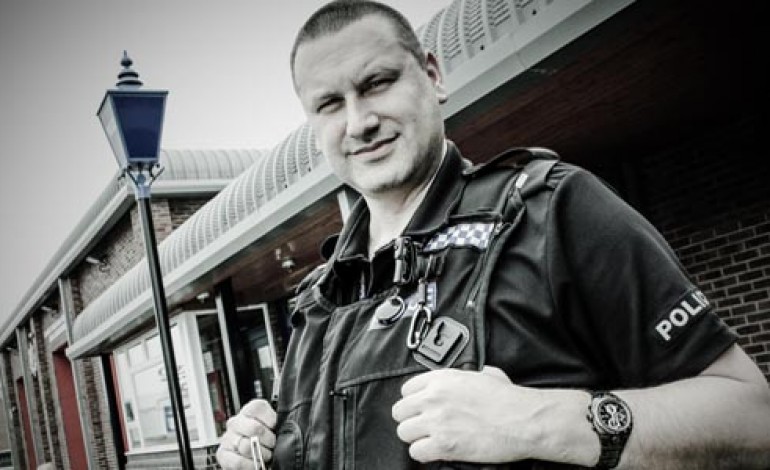 Hello Newton Aycliffe, it’s been a long time. Far too long in fact.

It’s been a traumatic time of late for the Newton Aycliffe Sector Neighbourhood Team (by Sector I refer to the three teams consisting of Aycliffe Town, Sedgefield, and Shildon) following the tragic and sudden loss of our Inspector – Mark Hall. As a result I have taken the helm temporarily meaning my day job now requires me to also keep a close eye on matters pertaining to Sedgefield and Shildon.

I won’t go into any further details with regards to the passing – they can be found on other recent media forums but I would like to pass on my thanks for all the kind words and messages received by the local community alongside the overwhelming show of support. It was very clear that Mark was well thought of.

Since my last Aycliffe Blue blog there has been quite a bit of change (isn’t there always?). The team have since launched a new Facebook page simply named ‘Newton Aycliffe Police’ – the old page ceased to operate some time ago. The new page came about following a Force-wide desire to further professionalise our presence on – and usage of, social media. This was replicated across the whole of the Durham Constabulary area with a large number of Facebook pages closed down and replaced with 14 refreshed ones.

One of our current initiatives has seen us release images of suspects from ‘old’ crimes. These are investigations where – for whatever reason, suspect/s were not identified through other means. Many people regularly comment on the quality of such stills and query why we even bother to release them. My response, ‘You’ve got to be in it to wein it!’ If we don’t get a hit then so be it (I feel like a poet!), if we do, then happy days!

There’s also a reduced number of administrators for the new Facebook page which means that there isn’t a constant presence on there (I’m fairly certain that the vast majority of you would rather have the Officers from your local Neighbourhood team actually out on the street). So please do not use Facebook to report time critical matters.

Over the last few weeks we suffered a spate of burglaries, predominantly in the Woodham area. Streets hit included Hickstead Rise, Forster Close and The Oaks.

The Neighbourhood Team worked alongside CID and thanks to some invaluable local knowledge coupled with further information provided by contacts within the Community a couple of arrest were made. Two males, both from Aycliffe, were charged with a number of burglary offences – one a 21-year-old, his accomplice 18. Garages and garden sheds were targeted and property stolen included pedal cycles and pit bikes. It is sad to report, however, that on a number of occasions the garages in question had been unlocked making the actions of these individuals easier to carry out. I’ve said it time and time again but we all have a part to play in crime prevention.

Now those individuals have been made local ‘targets’ which will ensure they receive regular Police attention – whether it’s wanted or not.

Over the next few months Aycliffe will say farewell to a couple of our PCSO’s – namely Richard Scott and Michael Hutchinson, as they sail off into the sunset to embark on a new career as Police Constables. We expect to see replacements to fill their boots but details will be released closer to the relevant time on that front. We are also set to see a new PC arrival on the Team during the summer who will be hitting the ground running in Woodham. Again, more details on that later…

So, for my first blog in however long I’ll leave it there and see you all soon